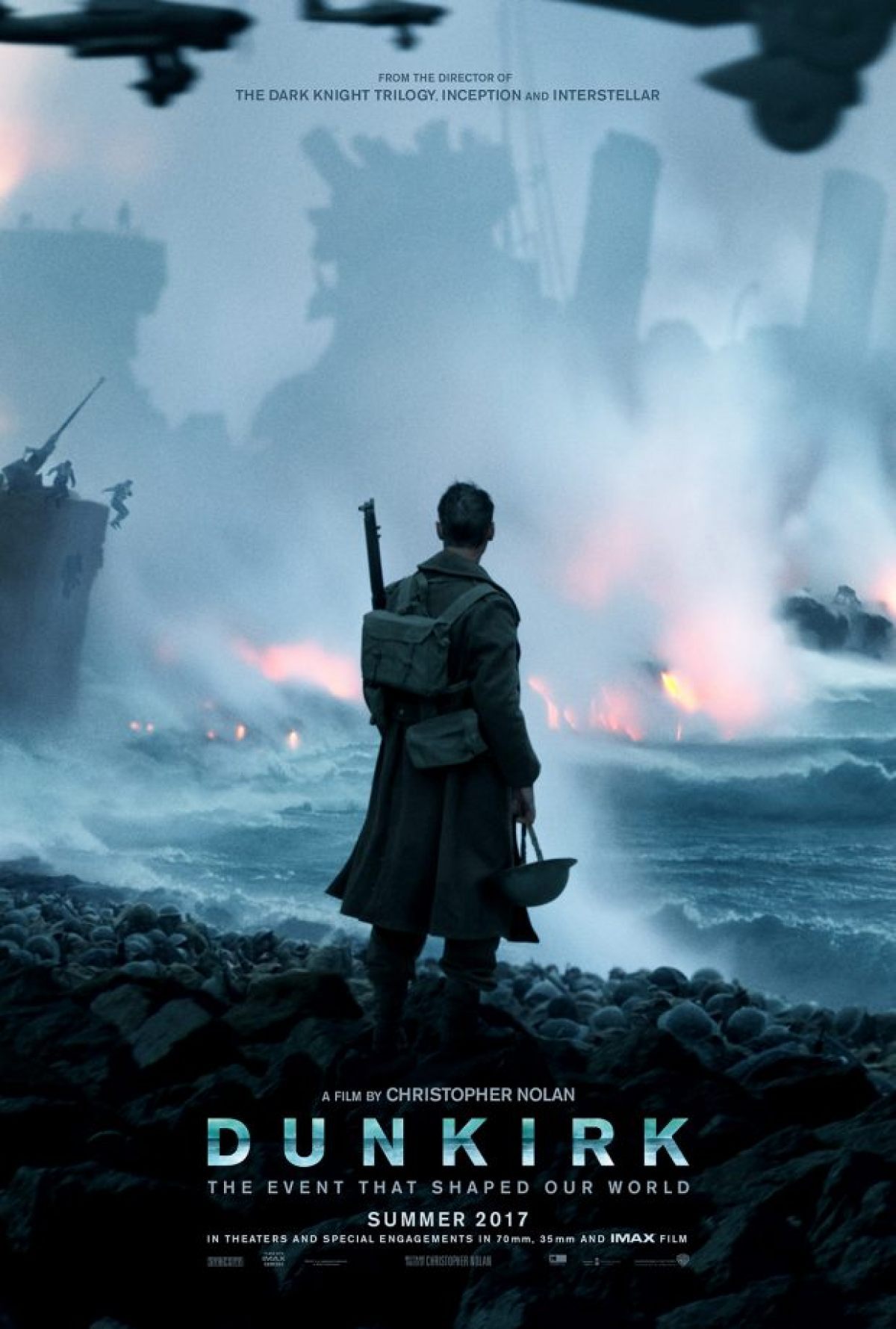 If you thought the drowning scenes in ‘Titanic’ were claustrophobic and terrifying, wait until you’ve seen ‘Dunkirk’.

‘Dunkirk’, starring Kenneth Branagh, Tom Hardy, Mark Rylance, Cillian Murphy, Fionn Whitehead and Harry Styles, is the newest movie to be added to Christopher Nolan’s amazing resume. ‘Dunkirk’ is based on the amazing true story of the 1940 evacuation of the allied troops from the French town, Dunkirk. If you don’t know what this was, well basically, if this evacuation wasn’t as successful as it was, the Germans would have won World War II.

It follows three interweaving story-lines which follow characters on land, at sea and in the air. The land has some of the most terrifying scenes ever put in a war film. The deafening roar of German aircraft as they bomb the allied forces, with their only escape being the sea, where German U-boats patrol the sea and sink any military vessel that is filled with young men and women. It was a terrible situation to be in and Christopher Nolan is able to make us viewers feel like we are there with all of these frightened people and it makes your body go tense for the entire 106 minute run-time.

As soon as the credits started to roll, I breathed a sigh of relief with my mate sitting next me, as we had felt like we couldn’t relax throughout ‘Dunkirk’. I think I chewed off two of my fingernails, just because of the tension that builds and builds throughout.

To start off, Christopher Nolan has easily made the best looking movie of the year. I believe around 70% of it was shot in the IMAX format and this really helped the movie shine. I feel like Nolan has not only made a movie here, but more of an experience which begs you to experience it in the Cinema. But I should also mention cinematographer Hoyte van Hoytema, who is the reason ‘Dunkirk’ looks so damn good. He has worked with Nolan previously before, with ‘Interstellar’ and I feel like they should continue to work together as their accomplishment here is just a breathtaking sight to behold. It is easily a front-runner for best cinematography in the up-coming awards season. From the claustrophobic shots below the deck of a ship that is sinking, to the amazing aerial shots of aerial combat and the crowded beach of Dunkirk, it is just brilliant.

The Performances are also great in ‘Dunkirk’. All though there isn’t much dialogue in the movie, the cast is able to work with this to great lengths. Tom Hardy for example, who plays Farrier, an RAF pilot, only has around 9-10 lines of dialogue, yet he gives another great performance, which is heightened by his use of eye expressions. Kenneth Branagh is great as usual as a British Commander, who is overseeing the evacuation from the piers on the beach itself. Mark Rylance and Cillian Murphy were also great, as they were our perspectives for the at sea story-line. But the biggest standouts for me were Fionn Whitehead and Harry Styles. I know, there was a lot of controversy surrounding the casting of Harry Styles in a serious war movie, but he really surprised me. Both of these actors are together for most of ‘Dunkirk’ and they were able to portray young British soldiers who just wanted to survive with ease. For both actors, this was their first proper role in a movie and I wouldn’t be surprised if they become even bigger names in the industry.

The score from Hans Zimmer is amazing as usual. One of the things I really liked about this score was the use of a ticking clock throughout. It was used to build up the heightening sense of danger that the characters faced. If you could hear the ticking get faster and louder, you knew that something bad was about to happen, but sometimes it would catch you off guard and as it reaches its crescendo, it would cut away to something else. But it was one of the most effective ways to build tension that I’ve ever seen and it really made sense in ‘Dunkirk’, as it was a race against time to escape from the danger, which was slowly closing in on the characters.

The sound design is also marvelous. Everything from gun shots to the sound of a spitfire is realistic and it can be very loud for an average moviegoer.

As I mentioned before, there isn’t much dialogue in the movie. Usually with war movies, there is a lot of dialogue used throughout like ‘Saving Private Ryan’ or ‘Apocalypse Now’. But I actually liked how there wasn’t much dialogue, as it really made sense in the context of the movie. If you were in a hurry to get back home and survive, you wouldn’t want to sit around telling a small group of other soldiers the story of your life, as you would be more focused on surviving. This almost makes ‘Dunkirk’ a silent movie and I love how the music is the real voice you get to hear throughout and the dialogue is the minor character which is only used sparingly.

Now the structure is a very interesting aspect of ‘Dunkirk’. Since it follows three interweaving story-lines, you start to wonder how they all connect. Since each story-line takes place over different periods of time (1 week, 1 day and 1 hour), it is a little jarring at first as it may be night-time for one story, but then it cuts away to a scene in the middle of the day, which at first does catch you off-guard. But after you start to get your head around it, it ends up being a really effective way of telling a story as important as this one told in ‘Dunkirk’.

The only negative I really have with the film is that there isn’t really much depth given to the characters. One might argue that the film is supposed to make you the character as you experience the craziness of what is happening around you, but I would have liked something to grab onto to when certain characters were in life or death situations throughout.

Overall, ‘Dunkirk’ is one of my favourite movies of the year. It’s a miraculous story of the human spirit that hits you hard and makes you more interested in the actual history of what happened at Dunkirk. The performances are great, but it’s the music and cinematography that really stand out. If you don’t get to see this movie in the cinema, I generally feel sorry for you.