From outrageous set pieces, to the quietness of someone singing to no one but themselves, musicals are a lot of fun. They tend to bring out so many different emotions at once and oh, how I love it.

I am here to countdown the 10 best movie musicals of all time. From the Broadway adaptations, to original scripts, these are the best of the best.

As always, before we countdown, I have some honourable mentions to give out. Now, I do love these movies, but they just missed out on making the top 10.

Sweeney Todd: The Demon Barber of Fleet Street (2007): A horror musical that makes you afraid of going to a barber.

Little Shop of Horrors (1986): A prime example of a horror comedy musical and oh, how it makes you want a man-eating plant named Audrey II (or does it?)

The Wizard of Oz (1939): A golden age classic which makes you want to follow the yellow brick road.

Moulin! Rogue (2001): The love it or hate it musical with Ewan McGregor, who as always is amazing.

Across the Universe (2007): A bold and visually stunning musical filled with Beatles songs. A great movie for when all you need is love.

Once (2006): A modern-day musical with enough heart and soul that makes you want to watch it more than the title suggests.

High School Musical (2006): Come on, who didn’t want to join in singing ‘We’re All In This Together’ as a kid?

Singin’ In The Rain (1952): A golden age classic that always brings tears of joy to my eyes.

One of the biggest feel good musicals to ever hit the big screen, ‘Mamma Mia!’ follows a young bride-to-be (Amanda Seyfried), as she attempts to find her real father, with the help of some classic ABBA songs. This is one of those musicals that always makes you feel good after watching it and you can sing along because you know the songs. Although Pierce Brosnan’s interesting singing voice stands out like a catholic at a bar mitzvah, you can still dance like a queen and lay all your love on this energetic musical.

One of the great modern-day musicals to appear on this list, ‘Sing Street’ is an overlooked gem of a musical, under the guise of a coming-of-age movie. This 80s set, Irish musical follows a teenage boy who forms a band to impress an aspiring model. With a great mixture of comedy, drama and romance, this is yet another feel good musical that has enough 80s music in it to make any lover of the genre feel slightly nostalgic, even if you weren’t born in that decade. This is an amazing musical that needs the attention that it deserves. 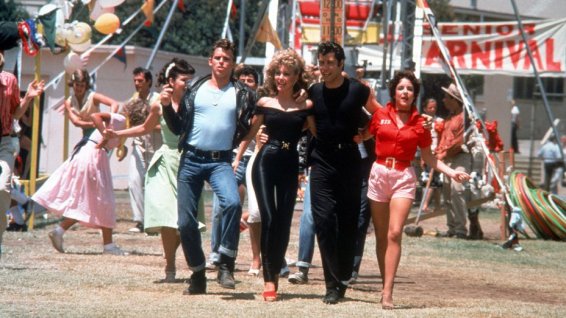 Why didn’t I appreciate this musical until around the start of this year? Was it because growing up, my Mum would watch it on a weekly basis? Or because I thought it was a little too different for my taste in movies? Well, now I can say that I adore this absolute gem of a musical. From the over-the-top musical set pieces, to the amazingly zany performances from its cast, including John Travolta and Olivia Newton-John, ‘Grease’ is the word and it shall stay like that for many years to come.

Being the first musical that I ever got to see, ‘The Sound of Music’ has a special place in my heart. With one of the most heartwarming stories to ever grace our screens, this is a classic of the genre. From the many memorable songs (Do-Re-Mei, My Favourite Things and of course So long, Farewell), to the amazing sets, this is one of the only musicals that has stood the test of time and is still as great as it was over 50 years ago.

The only musical on this list where 99% of the movie is sung, ‘Les Miserables’ is an amazing adaptation of the hit Broadway musical. With stunning cinematography, amazing performances from the likes of Hugh Jackman, Eddie Redmayne, Anne Hathaway and Russell Crowe (although his singing voice is very reminiscent of Pierce Brosnan from ‘Mamma Mia!’), this is a stunning movie to witness. The grandness of the movie, with the added bonus of the amazing songs sung throughout (‘Do you hear the people sing?’ always gives me chills), makes this one of the most enjoyable, yet depressing musicals around.

Here we have the greatest comedy musical ever made! ‘The Blues Brothers’ manages to be one of the craziest musicals that I have ever seen with extravagant action set pieces (those car chases are actually so crazy), catchy songs and more celebrity cameos than an episode of ‘Family Guy.’ This feature-length version of the ‘Saturday Night Live‘ Skit is a treat for any musical lover and managed to stand out among the other musicals that came before it. This a musical that manages to be even funnier and more enjoyable after each viewing and will always be like that. The Ray Charles scene alone makes this a must-see.

Yet another feel good musical on the list, ‘Hairspray’ is a must-see for any musical lover. Set in the wonderful era of the 60s, this hip musical manages to capture the look, feel and social issues of the time. With the help of its amazing, all-star cast (including John Travolta, Zac Efron, Michelle Pfeiffer and James Marsden), the songs are performed with enough energy that they make you want to get up and sing and dance along. This is an essential musical and once you see it for the first time, all you’ll want to do is run and tell everybody about this soon-to-be classic. 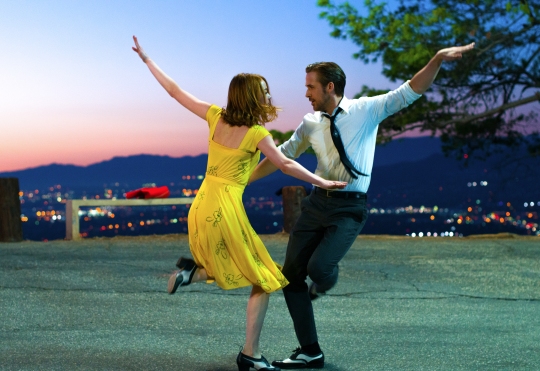 The newest movie to appear on this list, ‘La La Land’ is the prime example of what a  modern-day musical should be. With two of the biggest stars at the moment (the amazing Emma Stone and Ryan Gosling), this is a musical that could only have been made in our modern society. With classic musicals influencing it, you get to really see the beautiful and ugly side of Hollywood. ‘La La Land’ not only has amazing songs and beautifully choreographed dances, but it is the simplicity of the story that also manages to captivate the audience. This is an essential musical and one of the best movies to come out in recent memory. Admit it, you’re still humming along to ‘Another Day of Sun’ and ‘City of Stars.’

The king of cult movies, ‘The Rocky Horror Picture Show’ is one of the most popular musicals to ever exist. With one of the greatest performances in all of cinema coming from the great Tim Curry, this is an enjoyable musical to say the least. With a rock-based soundtrack and enough comedy and horror to make you love the strangeness of it, ‘The Rocky Horror Picture Show’ manages to live up to the crazy hype that surrounds this cult classic. Besides, how could you not love doing the time warp again and again with the help of a sweet transvestite. A must-see for not just a musical lover, but any movie lover in general. 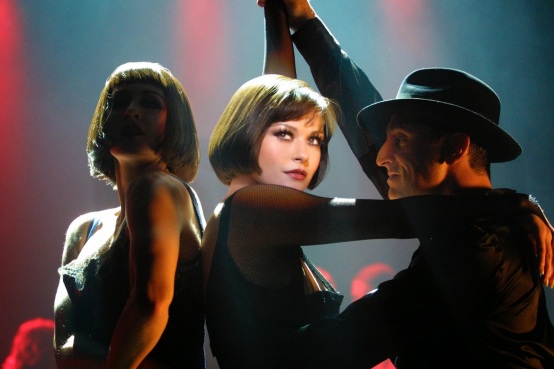 The sexy, audacious and roaring spectacle that is ‘Chicago,’ proves that you can translate a brilliant Broadway production into a movie and manage to make a masterpiece, which ends up being the greatest musical of all time! From the amazing performances from Richard Gere, Renee Zellweger, Queen Latifah and the scene stealing Catherine Zeta-Jones, this is pure musical brilliance. ‘Chicago’ also manages to have an amazingly witty script, beautiful direction and memorable songs, that manage to transport you into the world of the roaring 20s, and oh, how enjoyable it is. Not only is this one of the most enjoyable musicals you will ever see, but it is also the best!

There you have it, my personal top 10 musicals of all time! I hope you enjoyed reading it and hopefully some of your favourites made the list. If there is a musical I left off this list, please let me know as I’m curious to see the other musicals that you love. Thanks!