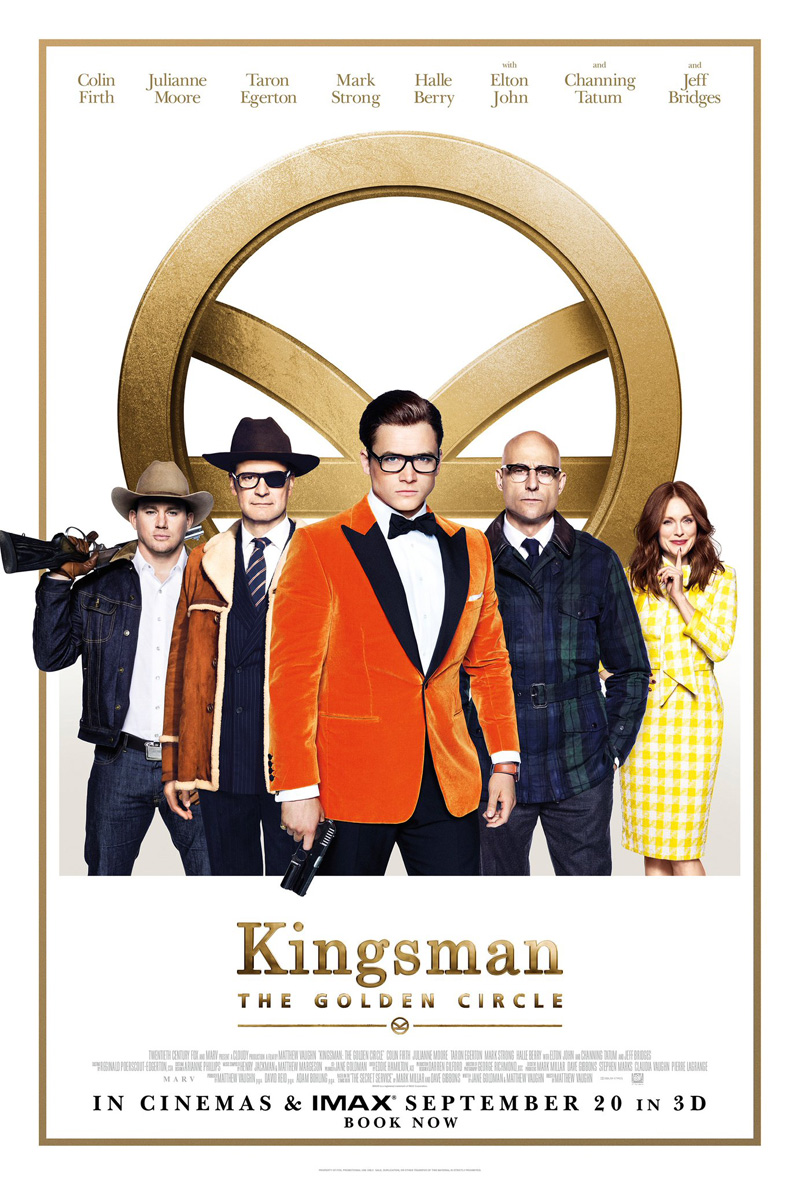 ‘Kingsman: The Golden Circle’ Review: The Definition Of An Over-The-Top Spectacle

I’m a simple man. I see a crazy spy-based action, satire film that is just pure insanity and I become a happy man.

‘Kingsman: The Golden Circle’ starring Colin Firth, Taron Egerton, Mark Strong, Julianne Moore, Pedro Pascal, Halle Berry, Jeff Bridges and Channing Tatum, is the sequel to the 2014 “James Bond on crack” film ‘Kingsman: The Secret Service’, which was one of the biggest surprises of the year.

‘Kingsman: The Golden Circle’ follows the Kingsman a year after the events of the first. When their headquarters are destroyed, the surviving members of the Kingsman find their American counterparts known as ‘The Statesman’ and must band together to save the world from a drug lord who is holding the world hostage.

I’m just going to start off by saying ‘Kingsman: The Golden Circle’ is a lot better than what most critics are saying about it. In my opinion, Matthew Vaughn has managed to do the impossible by cranking all of the craziness of ‘Kingsman: The Secret Service’ from 10 to 100 for this fun sequel.

To begin, the performances are great from the all-star cast, which also includes a funny “cameo” from a celebrity and it is enjoyable for most of the time. Taron Egerton is great yet again as our likeable protagonist. With his great charm and attitude he puts into the character of Eggsy, Taron makes his presence one of the most enjoyable aspects of ‘Kingsman: The Golden Circle’. 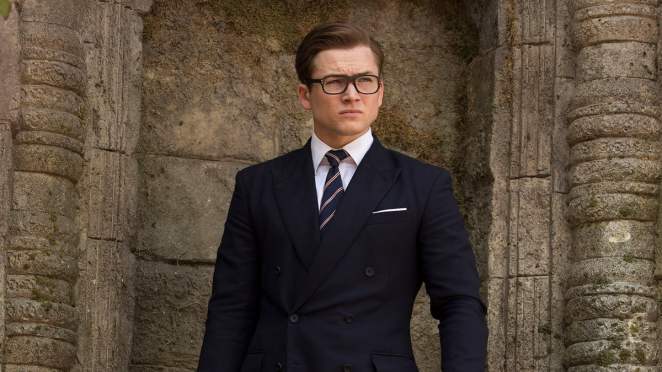 Colin Firth is also back again and is as amazing as always. If you watched the trailer for it then you know that he is still alive after the events of ‘Kingsman: The Secret Service’ and is back at it again. Although you do get some ‘Men In Black 2’ vibes with his character at the start, it doesn’t take away from the great character and performance that goes with it. Mark Strong also makes a great return and is easily my favourite character in the Kingsman series.

One of the most divisive performances in the movie comes from Julianne Moore as the over-the-top villain. Although I love her crazy performance and energy she brings to the role, her character doesn’t get given enough to do, so for most of ‘Kingsman: The Golden Circle’ she takes a back seat compared to the villain from the previous movie.

Matthew Vaughn’s direction is also great. It’s very reminiscent to ‘Kick-Ass’, one of his previous films and has a lot of the same stylistic visions of ‘Kingsman: The Secret Service’, which is nice to see again. The Cinematography is also great in the movie. With great landscapes and lighting, this is a beautiful movie to watch.

I must also talk about the action/choreography which is amazing to witness. Although some of you may get disorientated from the action scenes that use CGI to make them look like they are done in one take, as they happen a lot, they are still really enjoyable and are ridiculously well choreographed.

The only real negatives I have with ‘Kingsman: The Golden Circle’ have to do with the length and a certain scene which occurs at the halfway point. In my opinion, the movie could have been shortened by about 10-15 minutes just to make the pacing even better, but then again that’s just my opinion. Also, there is this really weird “sex scene” that occurs halfway through and is one of the weirdest things I’ve seen. It can really take you out of the movie and I know a few people who actually hate the movie because of that scene.

Overall, ‘Kingsman: The Golden Circle’ is one of the funest sequels to come out in years.  With amazing/over-the-top performances, great action, and a beautiful stylistic vision, ‘Kingsman: The Golden Circle’ is a great sequel, even if it doesn’t quite manage to match the greatness of the original. Although I can definitely say that it’s one of the craziest movie rides you’ll experience at the moment!