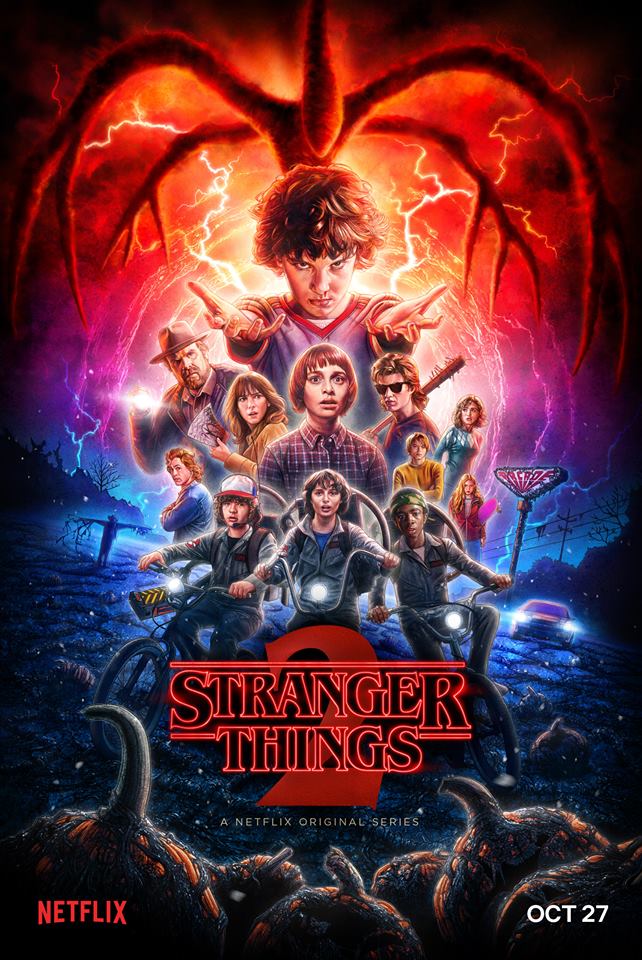 ‘Stranger Things Season 2’ Review: A Totally Tubular Return To The Upside Down

Did I binge the entire season with a bunch of friends over a period of eleven hours? Yes. Was it any good? It was totally tubular! 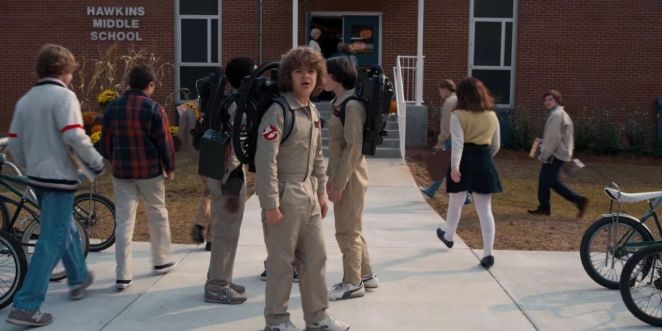 Taking place one year after the events of season one, ‘Stranger Things 2’ follows the residents of Hawkins, Indiana as they are still reeling from the horrific events caused by Hawkins Lab and the terrifying Demogorgon. Will Byers is back from the Upside Down, but his time there has caused him to have terrifyingly real visions of a sinister entity that threatens the lives of everyone in the town.

Like many, I have been anticipating ‘Stranger Things 2’ for fifteen months and I was very worried about the chance of it being a terrible return that would lose the charm and originality of the first season. But, wow was I a happy person as soon as the first episode finished! ‘Stranger Things 2’ is a great return to this 80s world created by the Duffer Brothers and it manages to expand on everything even more as it has gotten bigger, bolder and even more terrifying.

To start off, the acting is amazing yet again with some of the best child performances I’ve ever seen! Millie Bobby Brown returns as fan favourite Eleven and manages to pull even more emotion out of her character which makes for some of the best moments in the season. The main four boys, Mike (Finn Wolfhard), Will (Noah Schnapp), Dustin (Gaten Matarazzo) and Lucas (Caleb McLaughlin) are even better this time around. 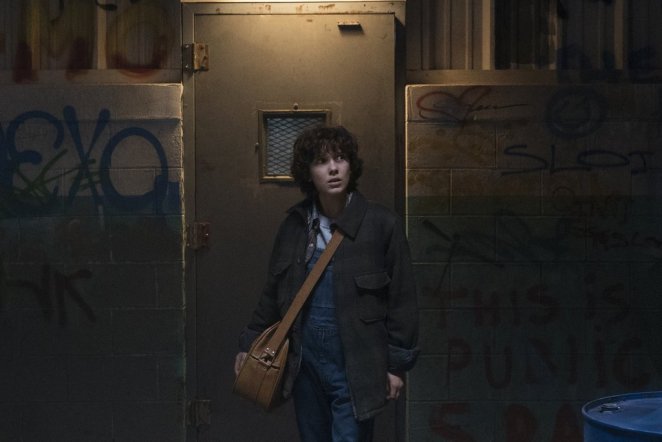 Noah Schnapp easily gave the best performance of the season as Will. I won’t get into spoilers but some of the stuff he does had sent chills down my spine and led to some of the craziest moments of the entire series. Finn Wolfhard comes off his great performance in the recent horror movie ‘It’ as the leader of the group. He goes into a more emo stage this season and is just great to watch. Gaten Matarazzo and Caleb McLaughlin are given a lot more to do this season as they are involved in a love triangle with a new character I will mention soon. Gaten as Dustin is one of the funniest characters on television and also gets into one of the best bromances of all time. Caleb was great in the first season but didn’t get as much attention as the others, but here he gets a lot more to work with and manages to become an even better character which results in a really sweet character arc. 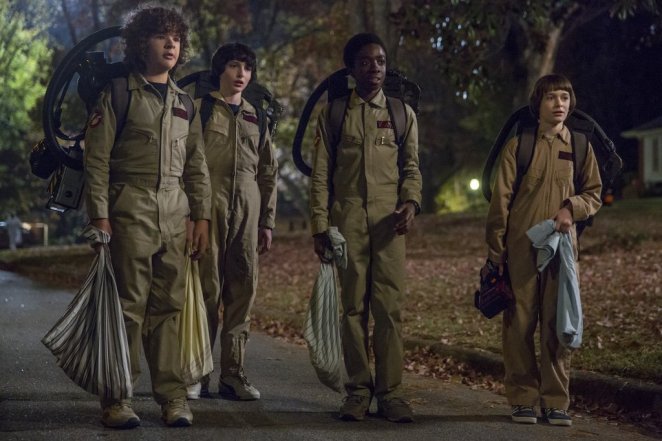 Speaking of character arcs, can we all agree that Joe Keery’s character, Steve Harrington, has one of the greatest character arcs of all time in this season! If you look back to season one, he started off as a typical jock character who was a bit of a dick for a while until he redeemed himself in the season finale. In this season he goes from a great boyfriend to a soccer mum and is basically the fan favourite character for everyone. Natalia Dyer and Charlie Heaton were also great yet again as Nancy and Jonathan. Their story for most of the season deals with a justice for Barb arc which does tie up that death in season one quite nicely.

David Harbour and Winona Ryder were terrific as always as Hopper and Joyce. David Harbour really got to shine in many scenes with another character (I won’t spoil which character it is), in which he gave a lot of emotion and it was great to watch. Winona Ryder was riveting as Joyce and although she didn’t scream as much as she did in season one, she had a lot more emotional stuff to deal with and was also apart of a very cute relationship with a new character.

Speaking of new characters, ‘Stranger Things 2’ introduced us to Bob (Sean Astin), Max (Sadie Sink), Dr Owens (Paul Reiser) and Billy (Dacre Montgomery). Bob was a loveable side character who was also the boyfriend of Joyce in the season. He was always a joy to watch when he appeared and managed to become a great character in the process. Max was the newest addition to Hawkins and acted as a love interest for both Dustin and Lucas. She was a great addition to the group and had some great scenes. Dr Owens and Billy weren’t shown as much as the other two but had completely different roles as Dr Owens was the newest one in charge of the infamous Hawkins Lab and Billy was the human antagonist for the season as Max’s older yet angrier brother.

The production for ‘Stranger Things 2’ is magnificent. With a bigger budget per episode, you could see the improvements with a more cinematic feel to each episode, better CGI and even better set-pieces. This was easily an improvement over season one.

The writing is also great in ‘Stranger Things 2’ which makes the world and characters feel real and this adds so much more to the season. The dialogue between the characters feels real. Basically it’s on point and is very entertaining.

Now, I did have a couple of negatives that I want to talk about, the first being the pacing of the season. The first three and the seventh episodes are quite slow compared to the rest and if you look at season one, the pacing was even throughout and entire episodes wouldn’t be mainly slow. The other episodes though have great pacing with a great mixture of slow and fast. I know some may find the slow pace relieving with all the craziness happening, but it does change the show just a little bit. 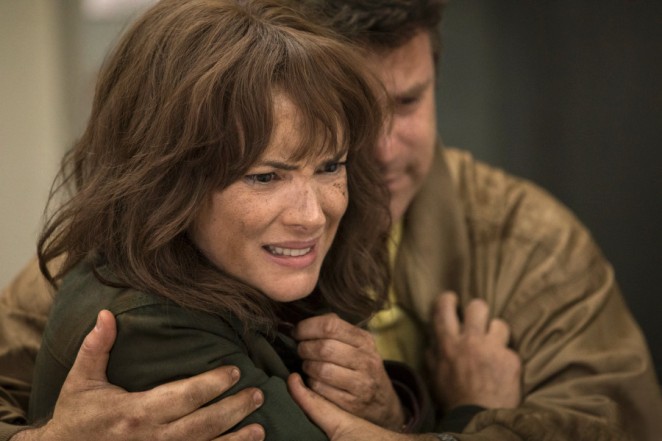 The other negative I have is to do with the decisive seventh episode that only focuses on Eleven. On its own, it’s great television and would work well as another show, but it is the third last episode of the season and is quite jarring in tone and seems like a completely different show. I feel like if it happened earlier on in the season it might have worked better but as it did happen later on, it just didn’t work as good as the other episodes.