‘Gunpowder’ Review: A Stunning BBC Drama That Retells the Infamous Gunpowder Plot for a Modern Audience

It’s basically Game of Thrones but without the fantasy elements. 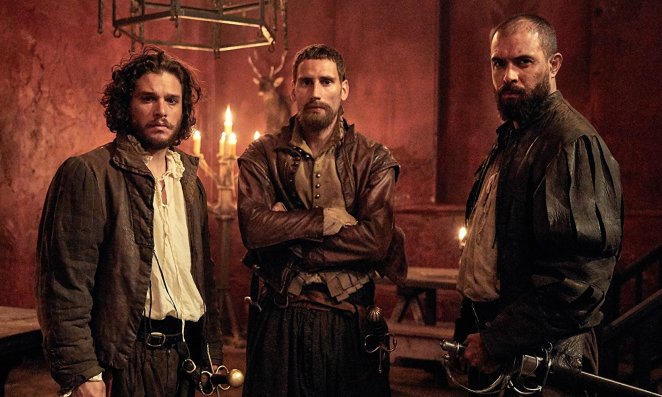 Set in 1603, ‘Gunpowder’ follows a group of provincial English Catholics led by Robert Catesby (Kit Harington) as they plan to blow up the House of Lords and kill King James I.

If you know history, then you would have heard about Guy Fawkes and the gunpowder plot as it’s one of the most well known historical events to take place in 17th century England. This three-part BBC mini-series not only shows us how Guy Fawkes became known for this, but it also shows us the mastermind behind it and (HISTORICAL SPOILERS) how the plot ultimately failed and cost them their lives.

As you would expect from a BBC mini-series, the acting is phenomenal. Kit Harington is a great lead character and his acting here is amazing. Even though he is best know as Jon Snow on the hit television show ‘Game of Thrones’, this proves that he can do more than just fight white walkers and get around with a dire wolf. Tom Cullen was great as Guy Fawkes and managed to show the dark and brooding side of the historical figure extremely well. Edward Holcroft, Liv Tyler, and Mark Gatiss are also ridiculously good here but one of the standouts was Shaun Dooley as one of the evilest characters ever put to screen. He steals every scene he is in as one of the most violent television characters this year and he is just great to watch.

Since it’s a historical mini-series, the sets and costumes are on point. With one of the grittiest versions of 17th-century Britain that I’ve ever seen, ‘Gunpowder’ makes you believe the setting here is real and it also feels like you are there as these events unfold. The costumes are also great and help with the setting a lot.

The beautiful cinematography manages to make ‘Gunpowder’ even darker and grittier than ever. With an almost cinematic feel to the whole series, this could easily be mistaken as a movie and a beautiful one at that.

The script is also great. As it is a retelling of an infamous historical event, they could have gotten a lot wrong. But the dialogue feels natural and it manages to tell us everything we need to know about the event and characters, even if it is basic at some points.

I should also mention that ‘Gunpowder’ is extremely violent. There are several times throughout the series where you witness brutal executions, including a couple of characters being hanged, drawn and quartered, which is just brutal. The camera likes to linger on this violence and it can make some viewers disgusted by the realistic violence depicted on-screen. Definitely not for the squeamish.

Now, this does bring me to a negative I did have with the mini-series, which is the fact that there are only three, hour-long episodes. If they added a couple more episodes to the series, some of the minor characters could have been given a lot more screen time and they also could have been fleshed out more. As when you are watching it, some of the other conspirators seem to have really important roles and they only get little dialogue and screen time which is disappointing.