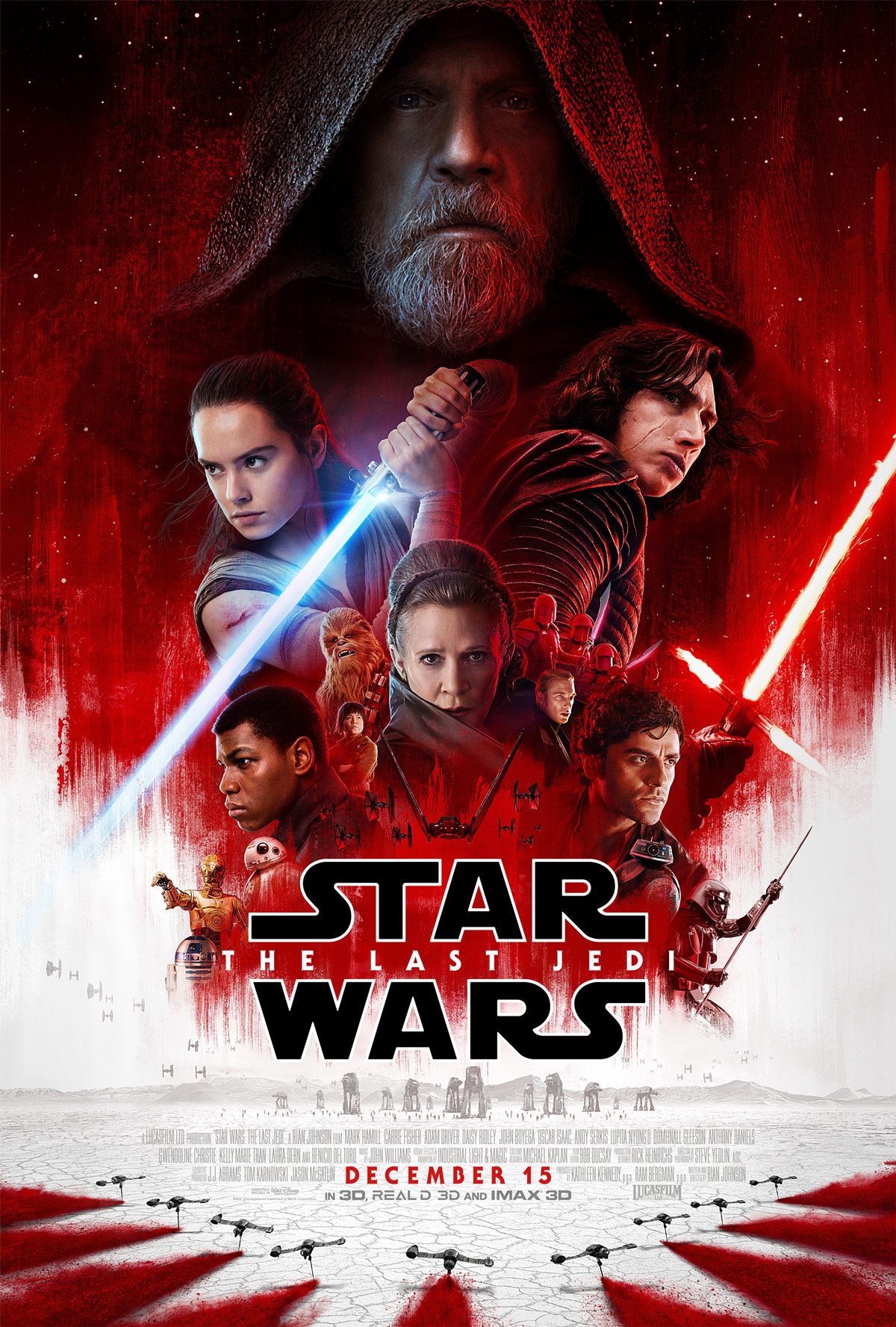 ‘Star Wars: The Last Jedi’ Review: A Unique Star Wars Movie That Takes the Series in a Bold Direction

About thirty minutes into ‘Star Wars: The Last Jedi’, I started to realise that this wasn’t a typical ‘Star Wars’ movie. This was different in a way that I can only touch on briefly in this review due to this being a spoiler-free review, but I loved it.

Taking place almost immediately after the ending of ‘Star Wars: The Force Awakens’, Rey (Daisy Ridley) has just met Luke Skywalker (Mark Hamill) and wants him to train her as a Jedi. But due to traumatic events in his past, he doesn’t want to make another Jedi. On the other side of the universe, the Resistance is on the run from the First Order. General Leia (RIP Carrie Fisher), Finn (John Boyega) and Poe (Oscar Issac) are trying to find a new base while having to do battle with Kylo Ren (Adam Driver) and the First Order.

If I say any more about the plot, so much will be spoiled and I know how people (especially myself) react to spoilers. So, I can promise you, no spoilers will show up in this review.

First of all, this is a different kind of ‘Star Wars’ movie. I have noticed that even though critics have loved this movie, the average audience has had a mixed reception towards it and I can see why. It’s easily the most unpredictable ‘Star Wars’ movie yet and it takes the series in a bold direction due to some interesting choices made throughout. Whereas ‘Star Wars: The Force Awakens’ was basically ‘Star Wars’ (yes, I refuse to call it a New Hope) in a new skin, this is a completely different ‘Star Wars’ movie and I loved the risks it took throughout.

Adam Driver as Kylo Ren continues to be one of the most compelling villains in movie history. His character does some unexpected things throughout which I loved. He is handled with perfection and is easily another great part of the movie.

John Boyega is also great yet again as Finn but it does lead me to a negative that I will talk about shortly.

Now, I was worried about how they were going to treat Luke Skywalker (Mark Hamill) in this movie, but I can say that this was the best version of the hero on-screen yet. Mark Hamill portrayed a bitter, sad and broken man and he was amazing in the role. There were some really satisfying moments with the character and I loved every minute he was on-screen.

I could go on for ages about how great each performance was but I’ll just summarise a couple of other performances. Carrie Fisher (RIP) was truly amazing as Leia and they handled her respectfully which I adored. Andy Serkis was also intimidating as Snoke, even though I feel like we could have used more of him. Also, one of the biggest surprises was Laura Dern as Vice Admiral Holdo. She was a strong character and one of the best new parts of the series.

Moving on, I have to talk about Rian Johnson’s direction with this movie. This was easily the most breathtaking ‘Star Wars’ movie yet. I could definitely sense some of his other works in this movie (I got some ‘Looper’ vibes in one scene) and you could also tell that he was inspired by classic Samurai movies in the fight scenes. The wide establishing shots of a fight were some of my favourite shots in the entire series and they really made this movie stand out compared to other ‘Star Wars’ movies. From the beautiful cinematography to the dark yet fun tone of the movie, this was a unique movie and Rian Johnson has done a great job here. 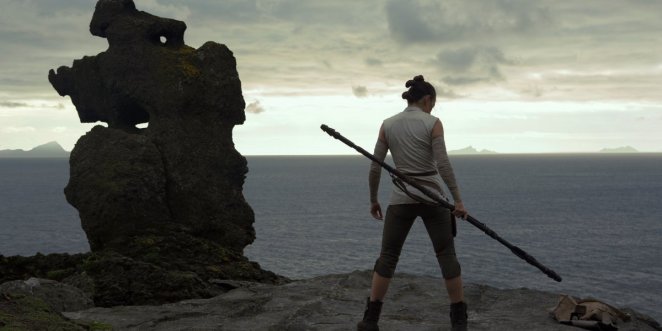 The score from John Williams was also much better this time around. Although there were a couple of pieces I adored from ‘Star Wars: The Force Awakens’, it didn’t have a well-rounded score and some of it felt a little rushed. Here though, every piece is unique and it’s a beautiful score to listen to. Some pieces even reference previous ‘Star Wars’ movies and I loved it.

Now, I should talk about the negatives that I had with this movie. The biggest one being the subplot involving Finn and Rose (Kelly Marie Tran). It felt like a different movie and some of the stuff that happened seemed to be put in here just to state some current issues in our world. It didn’t really feel like ‘Star Wars’ and although there were some things in that whole subplot that I liked, it just didn’t fit in well with the rest of the movie. 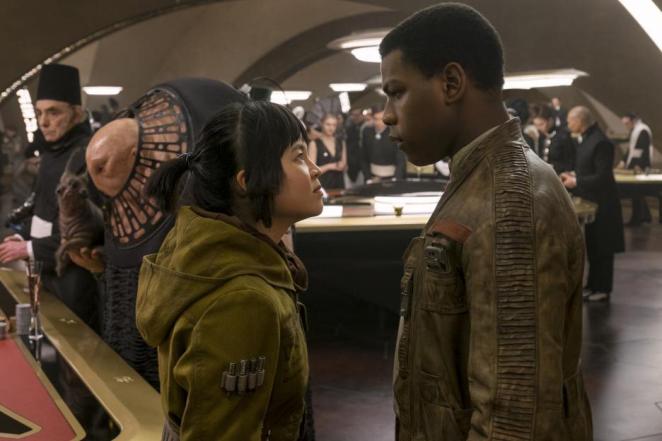 I also wish that they showed us more of Snoke and Captain Phasma who only had a couple of scenes each in the entire movie. I wish Captain Phasma was fleshed out more than just a one-dimensional villain as she could have been one of the coolest villains in the series. But because she doesn’t get given much to do, she just comes across flat.