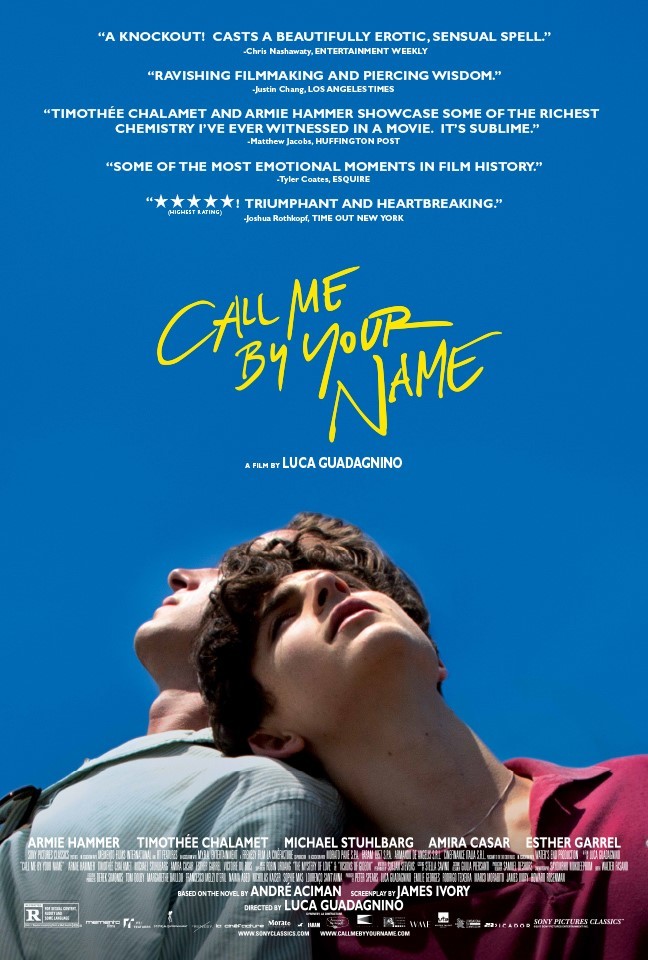 ‘Call Me by Your Name’ Review: A Beautiful yet Powerful Portrayal of First Love

I don’t think I can look at or eat a peach the same way ever again. 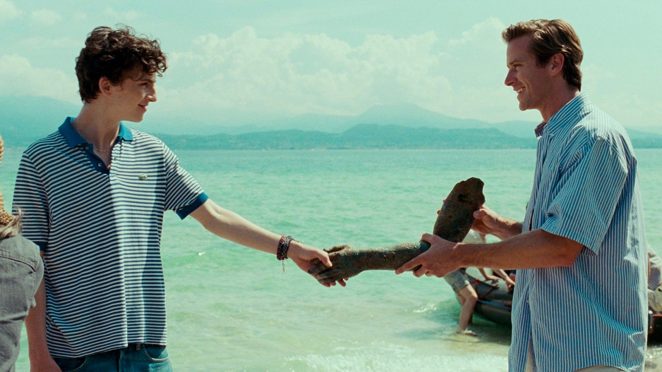 Set in the summer of 1983 in Northern Italy, ‘Call Me by Your Name’ follows 17-year-old Elio (Timothee Chalamet), who spends his days with his family (Michael Stuhlbarg, Amira Casar) in their 17th-century villa. Soon he meets Oliver (Armie Hammer), a doctoral student who is interning for his father. They eventually form a unique relationship and bond over their Jewish heritage, Elio’s emerging sexuality and the sun-drenched Italian landscape.

‘Call Me by Your Name’ has been getting a lot of attention lately due to the awards season, so I did have some pretty high expectations going in. After watching it all I could say was “wow” and it even resulted in a little bit of salty discharge to come from my eyes.

First of all, this is a stunning movie. The setting of Northern Italy is so beautiful that it ends up becoming a character of its own. From the lushes green fields to the villa itself, this is a beautiful movie. This is also thanks to Luca Guadagnino’s direction. This is the area he grew up in and you can really sense the love he has for this place.

As I was just saying, Luca Guadagino has done a masterful job here with the directing. The whole movie feels like there is this preciousness around everything and everyone and it’s unlike anything I’ve ever seen. It also feels like we a fly on the wall as we watch the events unfold, which is another huge positive. He also successfully pulls off the feeling of love that centres around the movie and he has done a fantastic job.

Speaking of doing a fantastic job, the performances are incredible to the point where they are some of the best of not just last year, but the decade. Timothee Chalamet gives what is easily my favourite performance by an actor in 2017. He does a stunning job with the character that he plays to the point where it feels like we are watching a real person who is experiencing love and heartbreak for the first time. His character arc is pure brilliance and he pulls off one of the most emotionally powered performances I’ve ever seen. To put it plainly, he’s fantastic!

Armie Hammer is also amazing here. I personally think that Armie Hammer is a really good actor and for the past couple of years he’s had a few great performances. But here I’m confident in saying that he gives his best performance to date. His chemistry with Timothee is also amazing. You can see their blossoming love for each other just through their actions and everytime they are on-screen together it’s amazing. They are both amazing and their chemistry makes it even better.

The sound/music is also great as there is a lot of focus on ambience and background music rather than music made for the movie. It’s rather unique in the way that it shows music and I loved how it focused more on the ambience of the setting rather than shoving music into your ears. It was nice for a change.

One of the major things that may frustrate some viewers is the deliberate, slow pacing of the movie. With a 130-minute runtime, it is a slightly longer movie, but the pacing is rather slow for most of the movie. To be honest, I really liked the slow pacing of it. It took its time to build characters and the setting by having a slow pace and it worked well in its favour.

I didn’t really have any major negatives with ‘Call Me by Your Name’ so that may disappoint some of you who look forward to the negative aspect of my reviews. I truly believe that this is a perfect movie that already has that “timeless classic” feeling to it.

Overall, ‘Call Me by Your Name’ is a stunning coming-of-age movie with a beautiful romance at the heart of it. It perfectly depicts the beauty of falling in love for the first time and the emotional gut-punch of heartbreak. Anchored by powerhouse performances and stunning direction, ‘Call Me by Your Name’ is a movie that will be talked about for years and has already cemented itself as one of the best of the 21st century.