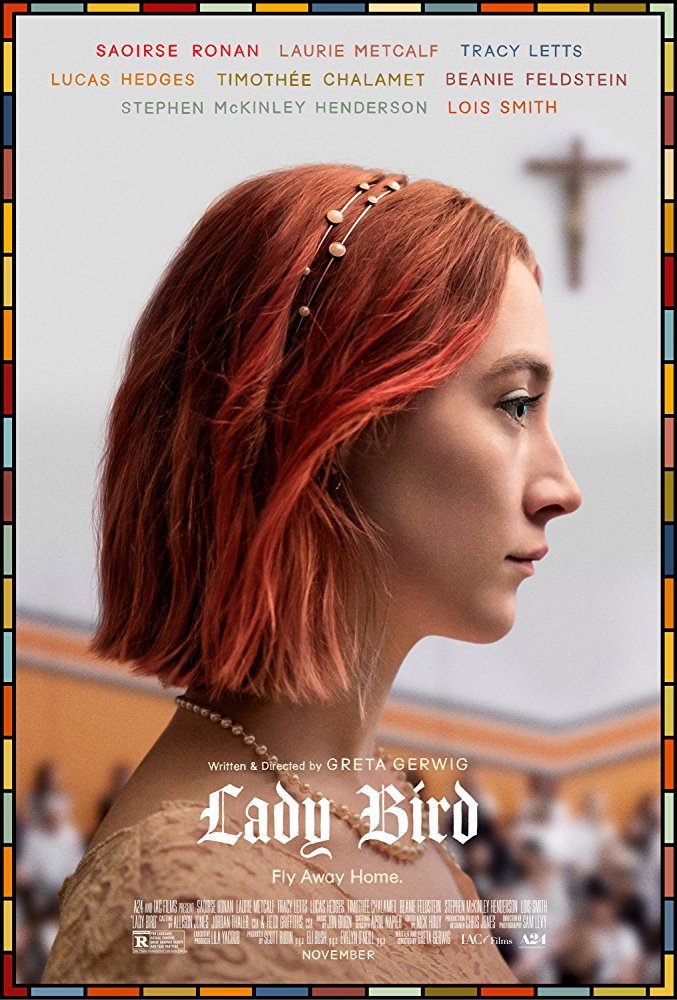 After watching ‘Lady Bird’, all I can say is that 2017 was an amazing year for coming-of-age movies.

Set in Sacremento, California in 2002, ‘Lady Bird’ follows outspoken teen Christine “Lady Bird” McPherson (Saoirse Ronan), who navigates a rocky yet loving relationship with her strong-willed mother (Laurie Metcalf) over the course of her eventful and poignant senior year of high school.

First of all, this has easily become one of my favourite movies of 2017 (or 2018 since some movies take months to be released here in Australia compared to North America). This is a coming-of-age movie that does everything perfectly to the point where it doesn’t even feel like a movie. It felt like I was watching a documentary on this girl’s life and for that I must give Greta Gerwig credit. 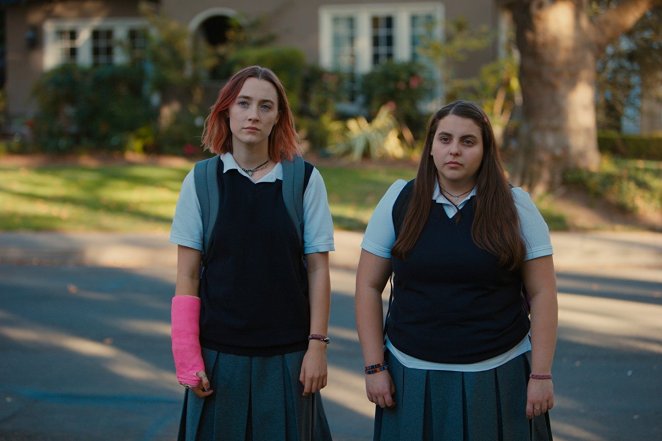 Greta Gerwig has done a fantastic job of directing one of the best coming-of-age movies of all time. You can tell that Gerwig knows a lot about film and her debut as a director feels professional. The composition of each scene is fantastic and because it is done so well, it feels like we aren’t even watching a movie. Gerwig also does a great job of showing us the world through the eyes of Lady Bird and how it changes over the course of the movie. It feels like we live there in Sacremento with the characters and you’ll wish that you could see what else happens to these characters after the credits.

Greta Gerwig’s writing also helps with the realism of ‘Lady Bird’ and how relatable the characters are. The dialogue feels so real that it doesn’t even feel like it was written. Seriously, when you watch ‘Lady Bird’ you’ll be convinced that the dialogue wasn’t written and you’ll believe that the actors were just having normal conversations with each other. 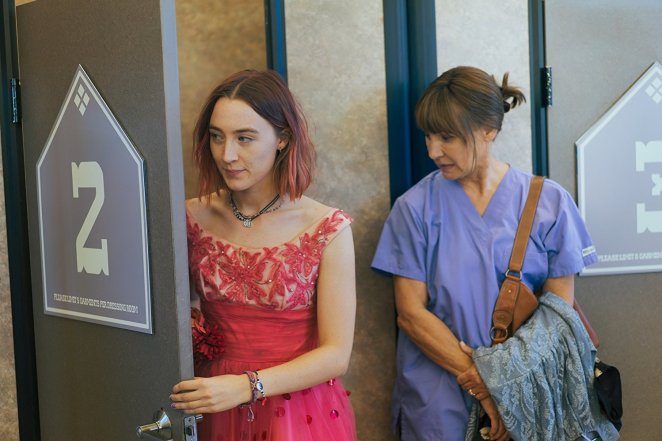 The writing is also brilliant due to how ideas and plot threads that are introduced early on get fleshed out to their full potential over a mere 90-minutes, which is hard enough to do over a two-hour period. All of the characters get their time to shine and every subplot in ‘Lady Bird’ is fleshed out and tied up as perfectly as the main plot.

As much as I would love to continue talking about the amazing directing and writing from Greta Gerwig, I must move on to the performances which are all phenomenal. 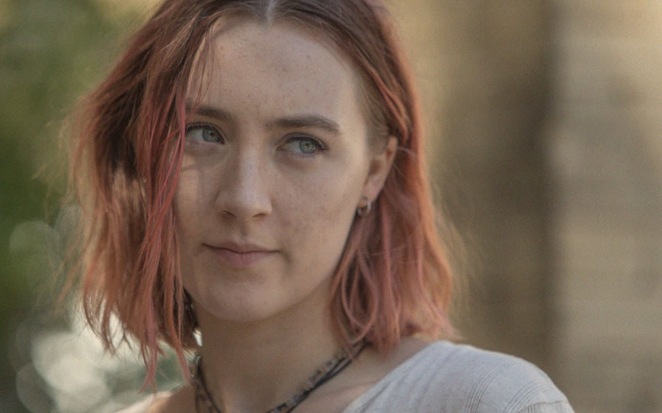 Saoirse Ronan is phenomenal as the titular character. Her performance is both raw and powerful in ways that elevate the movie to a whole other level. Ronan is easily the most important part of the movie and she manages to give one of the best performances of 2017. Through her powerful performance, she makes Lady Bird one of the most compelling and relatable movie characters this decade. To put it plainly, Ronan is terrific and deserves all of the love she is getting at the moment for her amazing performance.

Laurie Metcalf was also terrific as Lady Bird’s mother. Her performance as a loving but tough mother was one of the most compelling parts of the movie and it was perfect every time she and Saoirse Ronan would share a scene. As you watch her you can sense a part of your own mother in her and that makes her even more relatable. She’s simply amazing.

Lucas Hedges continues to prove that he is one of the best up-and-coming actors working today with a sweet and emotional performance. Timothee Chalamet also continues to show off his acting chops in another great performance (considering he gave my favourite male performance of 2017 in ‘Call Me by Your Name’ also shows how talented he is).

Everyone else from Tracy Letts to Beanie Feldstein was also great. I couldn’t find a weak link in the acting department, that’s how great the performances are.

I’m really just blown away by how much I loved ‘Lady Bird’ and this has resulted in yet another negative free review. There have just been so many great movies to come out in 2017 that it’s beyond ridiculous.

Overall, ‘Lady Bird’ is a phenomenal coming-of-age movie and an even better directorial debut by Greta Gerwig. Gerwig uses her writing skills and film knowledge to make one of the most realistic movies of the decade. With the performances from Saoirse Ronan and Laurie Metcalf topping it off, ‘Lady Bird’ is a terrific movie that will become a classic of the genre.