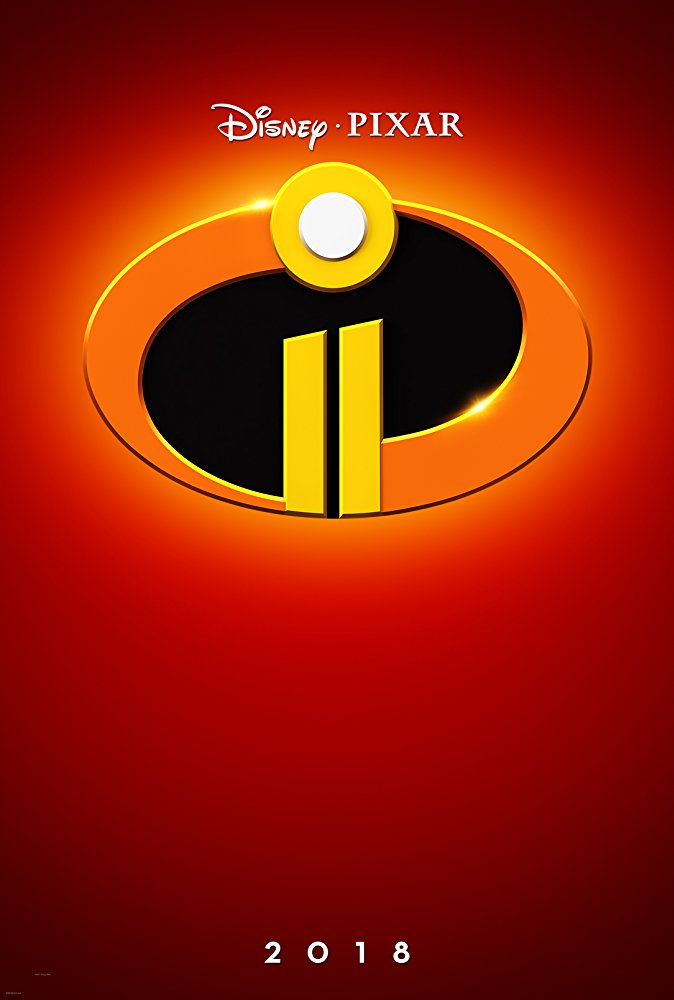 ‘Incredibles 2’ Review: The 14-Year Wait Was Definitely Worth It!

You know it’s going to be a special “kids” movie when 99% of the people in the theatre are around your age.

Picking up immediately where the original left off, it follows the Parr family as Elastigirl gets a new job to bring superheroes back into the positive spotlight, while Mr Incredible stays at home to look after the rest of the family.

Leading up to the release, well, over the past several years to be exact, I’ve been both excited and cautious about an Incredibles sequel. I absolutely adore the original, with it being one of my childhood staples. Over the past decade, I had wondered if ‘Incredibles 2’ would ever happen, especially with ‘Cars’ getting two sequels, which really confused me as ‘The Incredibles’ is so much better. Once this sequel was announced, I felt like a child again, but at the same time, I was worried. I felt as if it ended up being bad, it could ruin Pixar and the original’s value. But as myself and a few other close friends sat down in a packed theatre to watch the sequel (and one of the best and darkest Pixar shorts I’ve ever seen) I felt a sense of ease. Once my ears heard the incredible theme (sorry for the first of many puns), I knew I wouldn’t be disappointed.

First of all, Brad Bird has done an incredible job of creating what might be the most enjoyable Pixar film to date. He has managed to direct and write an amazing sequel that both stands on its own and one that doesn’t disappoint. His direction of the movie, especially the amazing action sequences (which are some of the best this year) is terrific and you can tell that his work on other movies like ‘Mission Impossible: Ghost Protocol’ has helped with this improved direction. ‘Incredibles 2’ also comes out in a time where we are over saturated with superhero movies, so for it to be fresh and exciting is simply amazing.

What I also love about Brad’s work here is that ‘Incredibles 2’ feels like it has come out at the perfect time. Even though 14 years is an incredibly long time for a sequel to be released, it seems like perfect timing. The social and political messages are just as powerful and even better is that this is a superhero movie coming out in the time of Marvel’s powerful reign. When the original came out, the only superhero movies around were the first two ‘X-Men’ movies and ‘Hulk’ (the one with Eric Bana, which is a movie I strangely enjoyed as a kid), so it was very unique at the time. Now we have a sequel that doesn’t seem as unique and different, but it is just as amazing as the original. It sounds strange but trust me, it’s incredible (I feel like you may be getting sick of these puns, but there is no stopping me).

The voice acting is top notch here, proving that voice actors and actresses can do a lot with just their voice. Craig T. Nelson and Holly Hunter are both as brilliant as they were in the original, with their characters actually swapping places this time around.

Samuel L. Jackson gets a lot more to do here which made me a very happy man. He’s one of the best parts of ‘The Incredibles’ and here he proves why everyone loves Frozone. Brad Bird also reprises his role as Edna, who always steals every scene she is in. Although I would have loved to see a bit more of the character, I do feel like Edna was in it for the perfect amount of time.

Sarah Vowell and Huck Milner are also great as Violet and Dash. Their characters go through a lot and they happen to be two of the best parts of the movie. Bob Odenkirk and Catherine Keener are great newcomers to the series, with Odenkirk showing off his huge personality in a fun role.

One of the biggest improvements from the original is the animation. My jaw was dropping at points due to the marvellous animation from Pixar. It has improved so much over 14 years and I’ve never seen a crisper animated movie before. The lighting especially is beyond incredible.

The score from Michael Giacchino is fantastic. I got chills multiple times from the jazzy score and one track that is used in the last action sequence has become one of my all-time favourite pieces of film music.

Now, the majority of the writing is amazing. It’s a kids movie that also happens to be a very entertaining and clever spy movie, which is a huge bonus for Adults who grew up with the original. The same goes for almost every other Pixar movie as everyone young and old can enjoy it. There are moments of dialogue that are so intriguing, you could easily find them in a James Bond or Mission Impossible movie.

This also brings me to my only negative with ‘Incredibles 2’ and that is the villain. I found it obvious who the actual villain was and when the reveal comes, I wasn’t surprised. I also feel like the villain’s motive wasn’t as compelling as Syndrome’s from the original. It could have been done better but this does fall into the category of most Marvel movies (even though this isn’t a Marvel movie).

Overall, ‘Incredibles 2’ is an incredible sequel that was well worth the 14-year wait. Brad Bird and Pixar have created one of the best sequels in years and they also managed to create one of most enjoyable movies of all time. From the amazing performances to the incredible animation, ‘Incredibles 2’ will go down as one of Pixar’s best and for the people who are still worried about it, just watch it. Trust me, you won’t be disappointed.