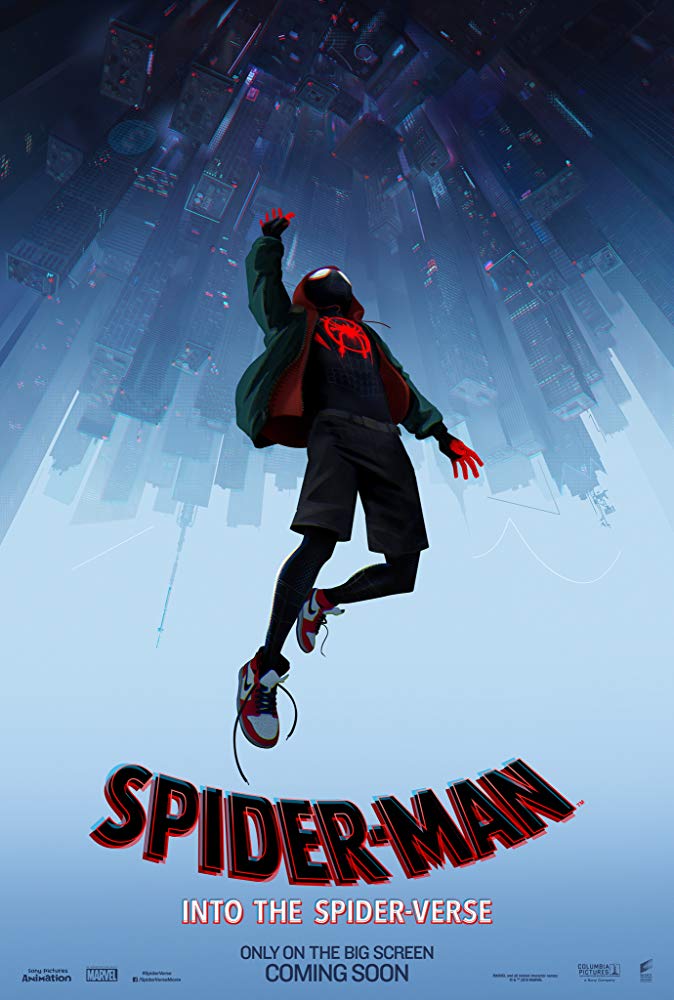 ‘Spider-Man: Into the Spider-Verse’ Review: The Quintessential Spider-Man Film

Going into ‘Spider-Man: Into the Spider-Verse’, I had some pretty solid expectations. I had heard amazing things about it and as a lifelong Spider-Man fan, I was ridiculously excited. As I came out of the cinema, a huge smile on my face was enough to tell me that this is one of, if not my favourite film of 2018!

The film follows Miles Morales (Shameik Moore), a teenager who after a series of unforeseen circumstances, becomes the one and only Spider-Man. But when he crosses paths with his counterparts from other dimensions, he must team up with them to defeat an evil which could destroy their realities.

First of all, I need to say I truly believe this is the best Spider-Man film yet! It takes bold risks in both its story and style but the payoff is brilliant. Yes, we may be used to seeing Peter Parker being everyone’s friendly neighbourhood Spider-Man, but that doesn’t mean he can only be Spider-Man. ‘Spider-Man: Into the Spider-Verse’ shows us that anyone (even you reading this) can be Spider-Man. If you save someone and have the capacity of wanting to help others, you represent the idea behind Spider-Man. Seeing characters who aren’t Peter Parker become different versions of Spider-Man is why I love this film so much.

This statement is in part thanks to the brilliant script from Phil Lord and Rodney Rothman. These two have managed to write not only one of the best Superhero film scripts of all time but one of the best film scripts of the year. The dialogue is witty, snappy and funny which is perfect for a Spider-Man film. Spider-Man is a character who is both clever and witty and this is the kind of writing he deserves. The story is also fantastic as it is both original and genuinely heartbreaking at times. I wasn’t really expecting it go into the places it went and that is one of the reasons I love it so much.

With the writing, I must talk about the characters and performances, which are all fantastic! Shameik Moore is brilliant as Miles Morales. Miles is the perfect kind of protagonist as there are parts of him in all of us. He is trying to find himself in a world where he almost feels lonely at times. Once he gets his powers and attempts to become Spider-Man, you start to see another side of him. He is struggling to live up to the expectations of being Spider-Man and his journey is one of the best character arcs of the year.

Now, you can’t talk about Spider-Man without mentioning Peter Parker himself. The way Peter is represented in this film is one of the funniest and most emotional parts of the film. Jake Johnson is fantastic as this older version of Peter who is experiencing his mid-life crisis. Watching him as a mentor to Miles is one of the most heartwarming parts of the film, as we get to see a side of Peter that has never really been shown on film before. Johnson has made this incarnation of Peter Parker hilarious and sad at the same time, which has resulted in one of the most memorable incarnations yet.

Hailee Steinfeld is also amazing in the role of Gwen Stacy (or Spider-Woman in this film). Her energy and charisma result in the best on-screen representation of Gwen yet. After seeing her in this, I just want a Gwen Stacy spin-off. Seriously, her performance/character is that good.

Nicholas Cage really surprised me as Spider-Man Noir, which also happened to be my favourite character in the film. He was hilarious as this version of Spider-Man who takes things seriously and it resulted in comedy gold. Speaking of comedy gold, John Mulaney was hilarious as Spider-Ham. Leading up to the film, I didn’t know how I felt about this almost Looney Tunes version of Spider-Man, but all I can say now is that he is quickly becoming one of my favourites. Kimiko Glenn was also fantastic as Peni Parker, an anime take on the character. She had some very memorable scenes and her robot ally is brilliant.

Every other performance from Mahershala Ali as Uncle Aaron, to Liev Schreiber as Kingpin were also amazing so I must say congratulations to both the actors and writers for making fantastic and memorable characters.

Now, I have to talk about the biggest positive of the film which of course is the animation. Oh…my…god! This is some of the best animation I’ve ever seen and its style is perfect for the film. I remember thinking that the closest we’ll ever get to see a film look exactly like a comic book would be ‘Sin City’. Then I saw ‘Spider-Man: Into the Spider-Verse’ and oh boy I was wrong. This looks and feels like an amazing comic book and everything about it works. From the small black lines that are all over the screen to character’s thoughts appearing on-screen in small text boxes, this is the definition of an on-screen comic book and I love it!

The only negatives I really have are just small nitpicks. Like I said earlier, there are some characters that I wish were used just a little more. I don’t want to spoil who I’m talking about but there were times I wish we got to see just a little more of those characters. But then again, this is a two hour animated film with a tonne of charcters so I can’t really complain.

Overall, ‘Spider-Man: Into the Spider-Verse’ is the greatest on-screen portrayal of the character yet. This is a film that makes you understand the idea of Spider-Man to the point where you don’t care if Spider-Man isn’t Peter Parker. Spider-Man can be you, me and everyone you know. This idea is only heightened by the breathtaking animation, incredible performances and brilliant writing. ‘Spider-Man: Into the Spider-Verse’ is a film that deserves to be seen by everyone and I truly believe it’s the best-animated feature of the year!