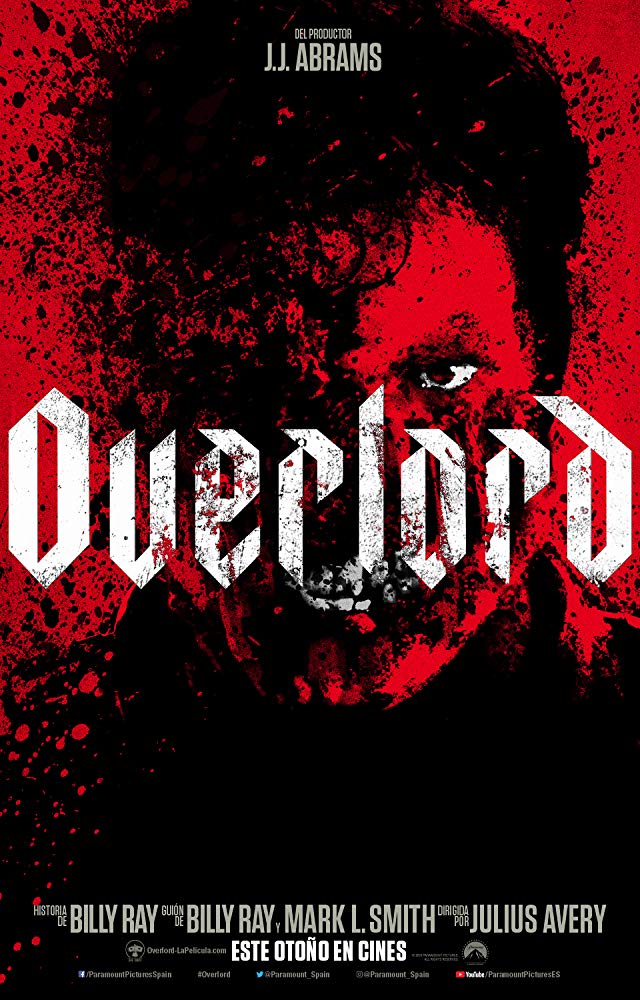 Why does it feel like this actually could’ve happened during World War Two?

Set on the eve of D-Day, a small group of American paratroopers drop behind enemy lines to destroy a radio tower in a Nazi-occupied village. But once they arrive, they discover that there may be something horrifying going on within the village.

‘Overlord’ was one of my most anticipated films of the year as the concept of a Nazi-Zombie film got me very excited. I’ve always loved the concept and a horror film set during World War Two is something we rarely see. Once I heard that J. J. Abrams was involved, I started to wonder if it would be another entry in the ‘Cloverfield’ franchise. But I can safely say that this isn’t another ‘Cloverfield’ film and it’s for the better.

Julius Avery has done a solid job at crafting a tense World War Two film, with some great horror elements thrown in. Although there are a couple of things that don’t work, this is still one of the most entertaining and thrilling films of the year. From the excellent opening scene based around the group deploying into Nazi-occupied France, you get a sense of the atmosphere Avery has crafted. It’s one of the most atmospheric War films I’ve seen and it made me want to shower after seeing it.

What I like about ‘Overlord’ is how it blends both the War and Horror genres together in a way that works really well. This is purely a War movie and the Horror elements that are in it seem strangely realistic. Okay, I know you’re going to say that Nazi Zombies are not realistic, but the way the film is executed, it feels like it could’ve happened. 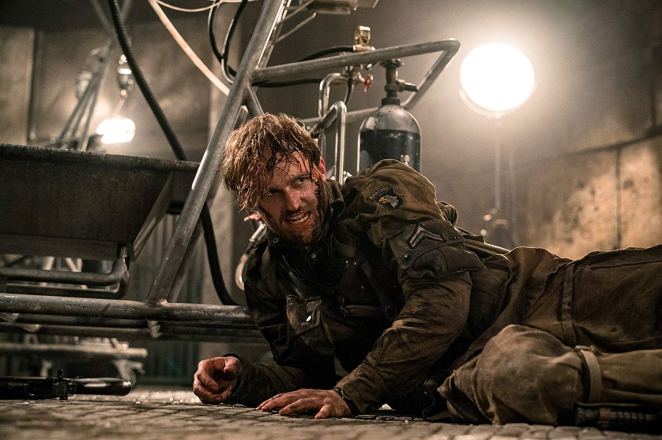 The action is another positive as it is brutal and violent, yet it doesn’t overindulge in itself. It doesn’t linger on the violence like many extremely violent films. It shows you just enough and this is more effective in staying with you long after. Seriously, there are some extremely violent scenes and this is definitely not for the squeamish. Other than the violence, the action itself is directed beautifully. Thanks to some fantastic lighting and cinematography, you can always tell what is happening throughout. The opening setpiece alone is worth the price of admission.

This brings me to the performances, which are solid across the board. First of all, I have to talk about Wyatt Russell and yes he is the son of Kurt Russell. If you have seen Wyatt Russell in previous films (and an episode of ‘Black Mirror’) and you didn’t know he had that relation, you will definitely see it after this. He does a great job at portraying this hardened character and he is definitely one of the best parts of the film.

Jovan Adepo is also great as our main protagonist. Although I thought his character made some of the worst decisions of all time, Adepo did a great job with the material he was given. Mathilde Ollivier was terrific as Chloe, a French woman who helps out the group of soldiers. Like Adepo’s character, I feel like her character makes some questionable decisions, yet Ollivier’s performance saved the character. She was basically Ripley in WWII.

Pilou Asbæk is amazing as the main villain of the film. He does a great job at portraying an extremely creepy officer who will do anything to survive. He is almost terrifying at times, especially in the third act. 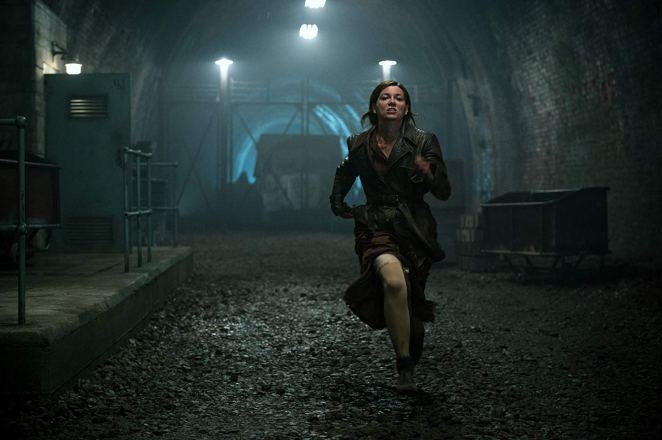 With this being a War/Horror film, I have to talk about the special effects and makeup, which are fantastic. I love that practical effects are used more than CGI, as it adds to the horrific nature of the film. Everything is even more realistic with the incredible practical effects and some of it will make you wonder how they even managed it. I was also surprised that the CGI looked really good, considering the amazing practical effects. The CGI doesn’t look cheap and that is relieving.

Now, ‘Overlord’ does have a few negatives which did dissapoint me a bit. The writing especially is very hit and miss. There’s quite a bt of dialogue that really pulled me in, but then most of the decsions and character’s actions just took me right out of it. Some of it made me question how some of the men even made it through boot camp and if they actually took their job seriously. Look, I know it’s a film, but a majority of films in these genres have believable characters and some of these aren’t believeable at all. One character is pretty much responsible for a lot of the deaths because of one choice he makes and that did take me out of the experience.

The pacing is also hit and miss. The first two acts are extremely well paced and I was loving the slow build tension of the film. Then the third act changes dramatically and it disapointed me that the film wasn’t going to stay with the same pace. I love slow-paced films and although I do enjoy parts of the third act, it just felt like a different film. I do know a few people who disagree with me on this but personally I feel like the third act could’ve been excecuted better.

Overall, ‘Overlord’ is a thrilling piece of film that mixes the War and Horror genres together in a way that is strangely enjoyable. Although some of the characters make ridiculously dumb decisions and the third act could’ve been executed better, the fantastic special effects, great performances and solid direction make ‘Overlord’ a must-see for any War/Horror fan. If you want a scarily realistic depiction of supernatural horror during WWII, then you should definitely check this out.