Top 5 Movies to Watch on Christmas

It’s time to crack out the Santa hats and bond with your family members (or friends) over some Turkey and drinks as Christmas has arrived! You may be focusing on dusting off your favourite Michael Bublé album and sharing your love for others with gifts, but that doesn’t mean you can’t watch some Christmas movies.

Hey everyone, it’s Andy and Merry Christmas! Today I’m going to give you a Christmas gift with a special Top Five. From family-friendly classics to non-traditional Santa based films, these are the movies you should consider watching if you need even more Christmas joy in your life.

As always, I have some honourable mentions to hand out. These are all great Christmas movies, so please don’t think of them as bad movies just because they didn’t make the cut.

The Nightmare Before Christmas (1993): A gothic style Christmas animation that still stands up well today. This is a movie I grew up on and I still love it as much as I did when I first watched it.

A Christmas Story (1983): A joyful, funny and touching classic that never gets old. Watching Ralphie trying to convince his parents that a BB gun is the perfect present is a fantastic journey.

It’s a Wonderful Life (1946): If you are in the mood to watch a true classic, look no further than this flawless masterpiece. It still makes me cry to this day.

Gremlins (1984): A horror/comedy like no other, this is the perfect first scary movie for young kids. Still doesn’t mean it’s just for kids as this is even better as an adult and Gizmo is literally the most adorable pet of all time.

Scrooged (1988): This comedy is easily one of Bill Murray’s greatest efforts but you’ll either love it or hate it. If you ask me though, it’s a Christmas classic.

Kicking off this list is one of my favourite Romantic-Comedies of all time. When talking about Christmas movies, this excellent British Rom-Com will come straight into the conversation.

‘Love Actually’ follows nine intertwined stories that examine their character’s ways of dealing with their love lives and how they view love. Upon reading the synopsis, you wouldn’t think this would be the Christmas favourite that it currently is. I was surprised by how much I actually loved this movie when I rewatched it a few weeks ago. This is a genuinely funny and at times heartbreaking Rom-Com set around a stressful holiday. The characters are likeable and memorable, the writing is witty, and the Christmas spirit runs throughout the movie’s veins. If you want a Christmas movie that will make you laugh, cry and even cringe at times, then ‘Love Actually’ is for you. Hugh Grant dancing throughout his house is worth the watch itself. 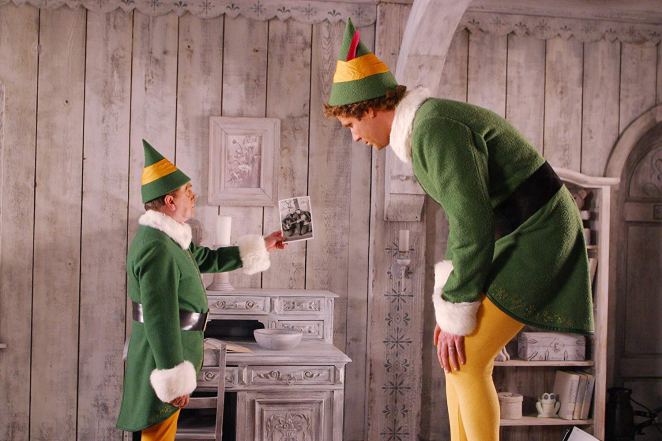 When you watch movies as a kid, you are looking for something that will make you joyful. Christmas movies tend to be joyful and that’s one of the main reasons everyone, especially kids, loves them. ‘Elf’ manages to succeed as both a great kids movie and a wonderful Christmas comedy.

‘Elf’ follows the life of a man who was raised as an Elf in the North Pole and is sent to the United States to search for his true identity. The story is straightforward and it makes for an enjoyable experience. Will Ferrell is amazing as everyone’s favourite “Elf”, Buddy. This is Will Ferrell at his most likeable and his performance is the main reason why ‘Elf’ is considered one of the greatest Christmas movies of all time. He is hilarious throughout and you genuinely care for him. This is a Christmas movie that is for both children and adults and it’s easy to see why people, including yours truly, consider this one of the most delightful trips down nostalgia lane.

When you were young, did you ever wonder what it would be like to have your home to yourself for a day or more? ‘Home Alone’ was the answer to that question and it made parents double check if they left any family members behind as they were going on holiday.

‘Home Alone’ follows an eight-year-old troublemaker who is mistakenly left home alone by his family during Christmas vacation and must defend his home against a pair of burglars. ‘Home Alone’ is a movie that many like myself grew up with. This was one of the few movies where my family’s VHS copy worn out due to how many times we watched it. It’s still one of the most rewatchable movies of all time due to how well executed it is as both a Christmas and Family movie. Watching a young Macaulay Culkin act out his wildest fantasies was something I was extremely jealous of as a kid. I wanted to order pizza and scare off the delivery guy by playing clips from a Gangster movie (this is legit something I really wanted to do). Then there’s the huge enjoyment of watching Joe Pesci (trying his hardest not to swear) and Daniel Stern as everyone’s favourite criminals Harry and Marv. They are genuinely hilarious at times and seeing them get injured by Kevin’s many (and extremely dangerous) traps is still as enjoyable is it was upon your first viewing.

‘Home Alone’ is a Christmas movie that will make you experience a wide range of emotions throughout its enjoyable ride. If you want a Christmas Movie that will remind you what it was like to be a child, then you should definitely watch ‘Home Alone’ even if it’s your first or one-hundredth time. I’m getting quite emotional just writing about it. 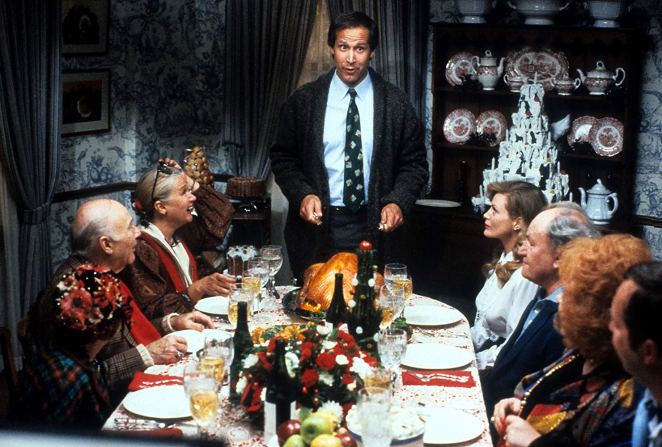 If there’s one movie that I could watch every day and not get sick of, it would have to be ‘National Lampoon’s Christmas Vacation’. Yet another movie that I grew up with, this is a Christmas tradition for my family. We always have to end our Christmas celebrations with an annual viewing of this classic comedy and every time I watch it I find something new. It may be a disapproving glance from Clark as he watches his redneck cousin empty his sewage on the street or even a new joke that I never picked up on before. Every time I watch it I always seem to find it more hilarious than ever.

‘National Lampoon’s Christmas Vacation’ follows the Griswold family as they try to survive the Christmas holidays as their entire family descends upon their home for a crazy and disastrous Christmas. I find it hard not to love this movie as it’s a movie that has so many good memories associated with it. The nostalgia of seeing this crazy cast of characters cause disaster after disaster makes my heart swell with pure joy. This is thanks to the mixture of John Hughes’ wonderful script and its delivery by the cast. Chevy Chase may be the main person who comes to mind when thinking of this movie, but it’s Randy Quaid as Cousin Eddie who truly steals the show. Watching him empty sewage because “the s###er was full” is a scene that still makes me laugh out loud.

If you’re looking for a Christmas Comedy that will bring the family together, ‘National Lampoon’s Christmas Vacation’ is what you need. I can guarantee that this is a movie all the family will enjoy and it may even become a Christmas tradition like it has for mine. 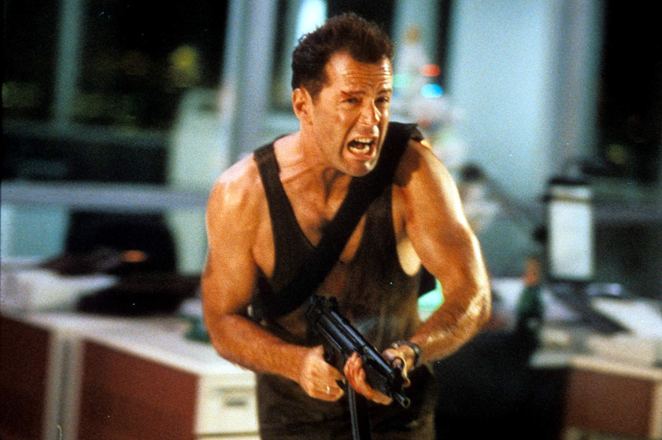 I can already hear some people cry out in anger as they see that my number one pick isn’t a traditional Christmas movie. Yes it takes place on Christmas Eve/Day and the soundtrack is full of classic Christmas songs, but this isn’t your average movie for this genre. This an action movie filled with quotable dialogue and memorable characters and it definitely isn’t for kids (even though I also grew up with this). It may not be family orientated, but this is still a Christmas movie.

‘Die Hard’ follows a New York officer who attempts to save his wife and several others that were taken hostage by a group of German terrorists during a Christmas Party at the Nakatomi Plaza in Los Angeles. Even though this may not be a traditional Christmas movie, it still has the foundations of one. You have a main character who loves his family and wants to spend the holidays with them. You have characters who constantly talk about Christmas. Then there’s the added benefit of having the main character basically acting as the hostages’ saviour.

One of the main reasons I love ‘Die Hard’ is because of Bruce Willis and Alan Rickman, and their constant physical and mental battle between each other. Both are at their best and Rickman managed to create one of the greatest movie villains of all time with Hans Gruber. But I can’t talk about memorable without talking about John McClane, who is just an ordinary cop stuck in a horrible situation. As the movie progresses, you see that he isn’t an invincible hero like many in that period of 80s action movies. He’s just an average cop who is forced to deal with this group of dangerous terrorists.

There it is, my Top Five Movies you should watch this Christmas. I hope you enjoyed reading it and as always if there is a movie I left off this list, please let me know in the comments. Thanks!