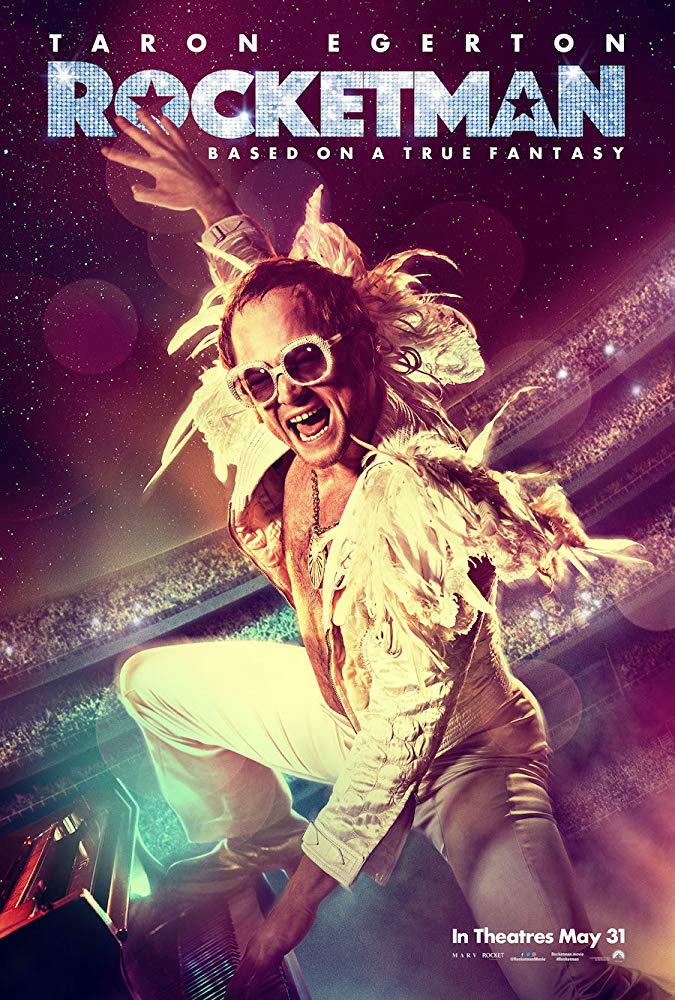 ‘Rocketman’ Review: A Fantasy Style Musical as Quirky as Elton Himself

Did we finally get a musical biopic that is original and different for once? I’m very confident in saying we did! 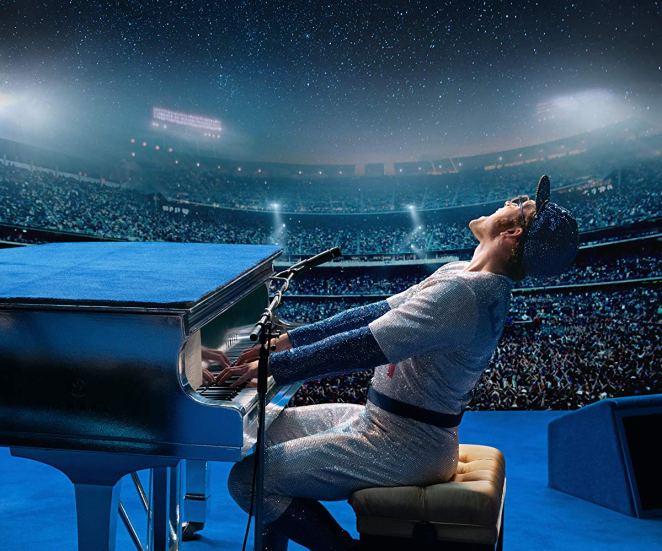 The film follows Elton John (Taron Egerton), as he goes on a musical journey through his breakthrough years.

Before I begin, I should state that I had some pretty high expectations for this biopic about one of my all-time favourite musical artists. Considering that the last major biopic to grace our screens was Bohemian Rhapsody (a movie that I have many problems with), I was hoping for something that would finally change the biopic genre. For way too long we’ve been getting the classic “by-the-numbers” biopic, which would always start and end in a very similar way to other biopics. Although there are some wonderful biopics out there, filmmakers haven’t dared to change the style and format of a biopic. 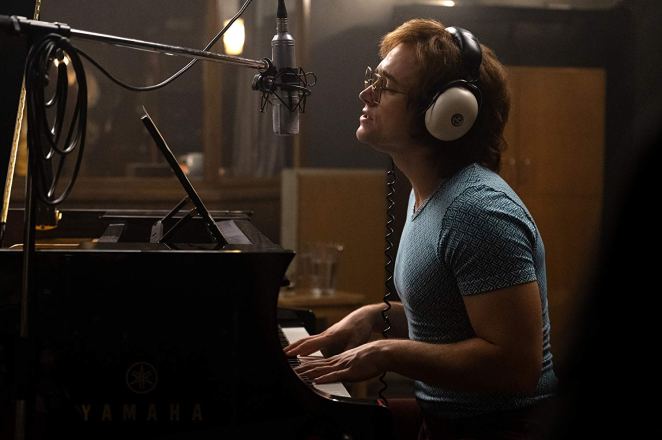 Enter Dexter Fletcher and his untamed beast that is Rocketman. Now, considering this is a biopic about one of the most flamboyant and troubled individuals within the music industry, I was hoping for something that would suit him perfectly. Luckily, Dexter Fletcher has brought us an original, daring and awe-inspiring biopic like nothing else. This isn’t your typical biopic that focuses on a PG version of the artist. This is a full-blown musical that isn’t afraid to go into the dark places its protagonist has been before.

I know what you’re asking yourself right now, “did you just say this is a musical?” Yes, it really is, and that’s something you have to be prepared for. Rocketman uses the songs of Elton John to tell his story. Similar to the musical Across the Universe, in which a variety of songs from The Beatles were used to tell its story, Rocketman will break into song and dance at any moment something is happening to these characters. Unlike other biopics, concert pieces are rarely seen here, as the actors could start singing when they need to buy new clothes or when they are expressing how they feel. Throw in some crazy fantasy elements, which showcase how Elton John saw himself and those around him when he was performing, and you have this excellent package.

Before we move on, I must talk about Dexter Fletcher’s direction, which is wild and crazy in the best way possible. As I mentioned before, this is an incredibly refreshing biopic, and this is thanks to Fletcher’s bizarre direction. From all of the well-choreographed set-pieces to moments that literally made some of my friends go “what the f###,” this is a crazy biopic that may be too weird for some people. Dexter Fletcher proved here that he can do more than just pick up and piece together the remains of Bohemian Rhapsody. He showed that he can create something crazy, flamboyant and of course, unforgettable.

Speaking of unforgettable, Taron Egerton gives what is easily one of, if not the best performance of the year as Elton John himself. The charisma and energy Egerton brings to the role is perfect, and it leads to his best performance yet. There are so many fantastic aspects of this performance, with the main ones being his uncanny resemblance to Elton and his singing ability. Yes, Taron Egerton actually sings and he does a fantastic job throughout the film. From the fact that he can really sing these songs at a level that is very similar to Elton, to his energy for the role, Egerton is phenomenal, and it will be hard for anyone else to top this performance for the rest of 2019.

Jamie Bell was also great as Bernie Taupin, a long-time collaborator with Elton who has written a vast majority of his songs. He had quite a substantial role considering, and he was fantastic in every scene he was in. He also did a solid job with his singing moments, which was even better.

Bryce Dallas Howard and Richard Madden also gave us great performances, with Howard as Sheila Eileen (Elton’s mother), and Madden as music manager John Reid. Howard knocked it out of the park with this performance as Elton’s cold and toxic mother. If Taron Egerton weren’t as amazing as he was, Howard would have stolen every scene she was in. Madden was also excellent as the manager and lover of the music legend. I don’t really want to spoil anything, but he’s really come along way since being the King in the North.

Everyone else from Charlie Rowe to Gemma Jones was great as well, so I can say that the performances were fantastic all around.

Also, I won’t talk about it much, but the writing is excellent. The dialogue is natural, and it all flows really well. I also love that it isn’t afraid to look at the moments where Elton John reached rock bottom, which I highly respect. This isn’t your sugar-coated biopic like some others that have come out in the last few years (cough *Bohemian Rhapsody* cough), and the writing proves it.

If I had any negatives with the film, it would be the CGI. I know, I’m very picky, but the CGI is not great. Considering how it gets used throughout the film (especially the moment when the song Rocketman is playing), you can tell that their budget was not able to make it look good.

I should also mention that there are scenes where the camera isn’t entirely focused on what it should be, leaving a blurry background/foreground for some of the shots. I know, I’m nitpicking, but that’s just my job.

Overall, Rocketman is a refreshing and incredibly satisfying musical biopic like nothing else. Anchored by a career-defining performance from Taron Egerton, wild direction from Dexter Fletcher and some of the most original storytelling in a musical biopic, Rocketman is the Elton John biopic we all need in our lives. The fantasy elements may be slightly too much for some, but this is a musical that celebrates the life of a musical legend, and I’m looking forward to revisiting it multiple times every year.