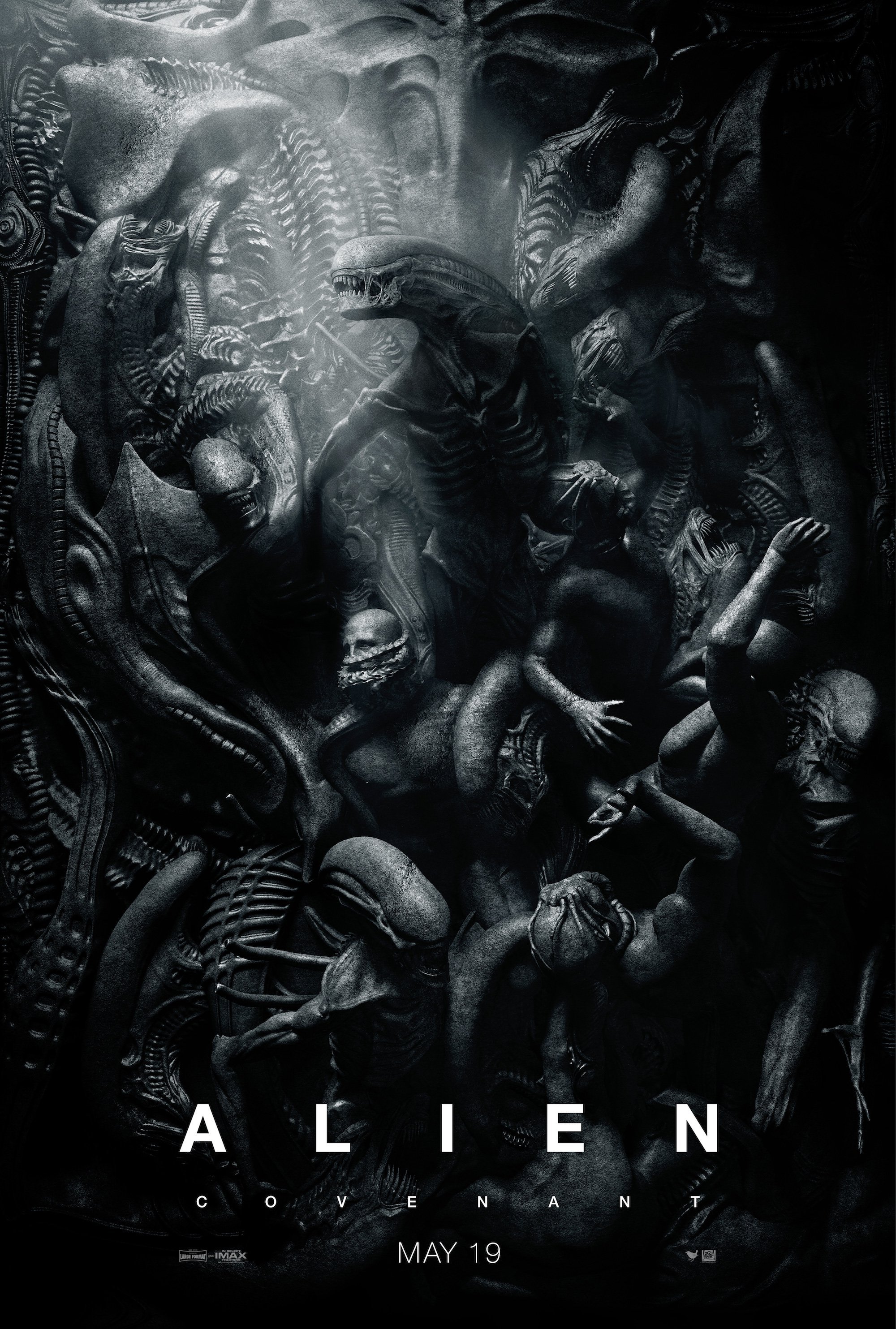 Coming out of the theatre after the end credits of ‘Alien: Covenant’ started to roll, I was thrown into an interesting discussion. The group of people I had seen this movie with was conflicted about what they had just seen. Half of the group hated it, yet the other half of us liked it. Some of us were slightly disappointed yet we still admired the film itself. That is the type of film ‘Alien: Covenant’ is. It begs the viewer to question what they had just seen, even if they liked it or hated it for reasons I will dive into.

‘Alien: Covenant’, starring Michael Fassbender, Katherine Waterston, Danny McBride and Billy Crudup, is the second installment in Ridley Scott’s series of ‘Alien’ Prequels that are setting up the events of the 1979 original. ‘Alien: Covenant’ is set 10 years after the events of ‘Prometheus’, and follows the crew of the colony ship Covenant, after they receive a transmission from a nearby planet. This leads to the crew investigating the mysterious planet that seems perfect for their colonization. But after a few discoveries that relate to what happened to the survivors of the Prometheus expedition and a hellish organism, they soon realize that this isn’t the paradise they thought it would be.

Now, it has taken me a whole month and several viewings to really get a professional opinion about this divisive film. When I first saw this film, I was disappointed (considering how the trailers marketed the film), yet I still enjoyed it. After another three viewings, I have come to believe that this is my third favourite entry in the ‘Alien’ series. Some of you may disagree with me on this statement, but please look at my reasons for it.

To begin, Ridley Scott really knows how to direct a film. From the beautiful cinematography, to the cast itself, his direction deserves praise. This was also one the positives of ‘Prometheus’, a film which is a little overlooked considering people expected a full on ‘Alien’ prequel when it first came out. Even with all of the problems in that film, Ridley Scott’s direction was magnificent. He knows how to direct sci-fi and ‘Alien: Covenant’ proves this yet again.

As I had just mentioned, the performances in ‘Alien: Covenant’ are great. The crew itself feels more relatable and you seem to get more attached when something bad happens, as they are all couples. Katherine Waterston was great as the lead in the film. She was tough, relatable and she was easy to root for in some of the tough situations she and the crew got into throughout. Danny McBride was easily the biggest surprise for me. Watching him in a dramatic performance was a nice change, even if he technically was the “comedic relief” for the film. But, Michael Fassbender was arguably the standout performance in the film. Playing two androids, (The British android David from ‘Prometheus’, and the American android Walter), who are two completely different androids with very different agendas on their mind. He steals the show in every scene he appears in, especially as David, the android who survived the events of ‘Prometheus’, who was arguably the most intriguing character in the film.

One of the other positives is the use of horror in the film. The design of the new creature, the Neomorph, a fast and brutal alien hybrid, was brilliant. Every scene it appeared in was brutal. I must also mention the birth of these creatures, which was gory and nasty to watch, but it really heightened the danger that the characters were in, especially when you would see a Neomorph burst through a character’s back or mouth. Of course I should mention the classic Xenomorph which is even more terrifying than it ever was before. But this also leads me to one of the biggest negatives of the film.

Now, ‘Alien: Covenant’ is not a perfect film, there are some issues that  drag it down. Even though it was great to see the return of the Xenomorph in the third act of the film, I feel like that it was kind of shoved into the film just so more people would watch it. In my opinion, this should’ve been named Prometheus 2 or something along those lines, as the Xenomorph is only in the film for about 15-20 minutes at most. The Neomorph could have been used a lot more as well, as you don’t see it at all in the third act and it feels like there was a scene cut out from that same act that reintroduced the Neomorph with the Xenomorph, which would’ve made it even better.

The pacing of the movie is both a positive and negative aspect. The first act is a nicely paced piece of film which is very reminiscent to the 1979 original. But the second act is more of the philosophizing and meandering from ‘Prometheus’, but it was actually interesting this time around. It’s the third act that feels very rushed and seems as though some of that act was shoehorned into the film just for fan service. If the third act went back to the pace and feel of the first act, the film would have been almost as good as first two ‘Alien’ films.

Overall, ‘Alien: Covenant’ is a really enjoyable film to watch and a great addition to the Alien series. The great direction from Ridley Scott, amazing performances from the all-star cast, beautiful cinematography and special effects are dragged down by uneven pacing, and scenes of fan service that seemed shoehorned in just because it’s an ‘Alien’ film. It’s easily one of the most divisive films to come out this year and will bring on many more interesting discussions.